The Path to A Bipartisan Infrastructure Solution

Infrastructure is a two-party problem that demands a two-party solution. But getting there will require creative thinking to determine which investments we should prioritize and how to pay for them. This paper from The New Center provides a bold and bipartisan plan for rebuilding and investing in America. 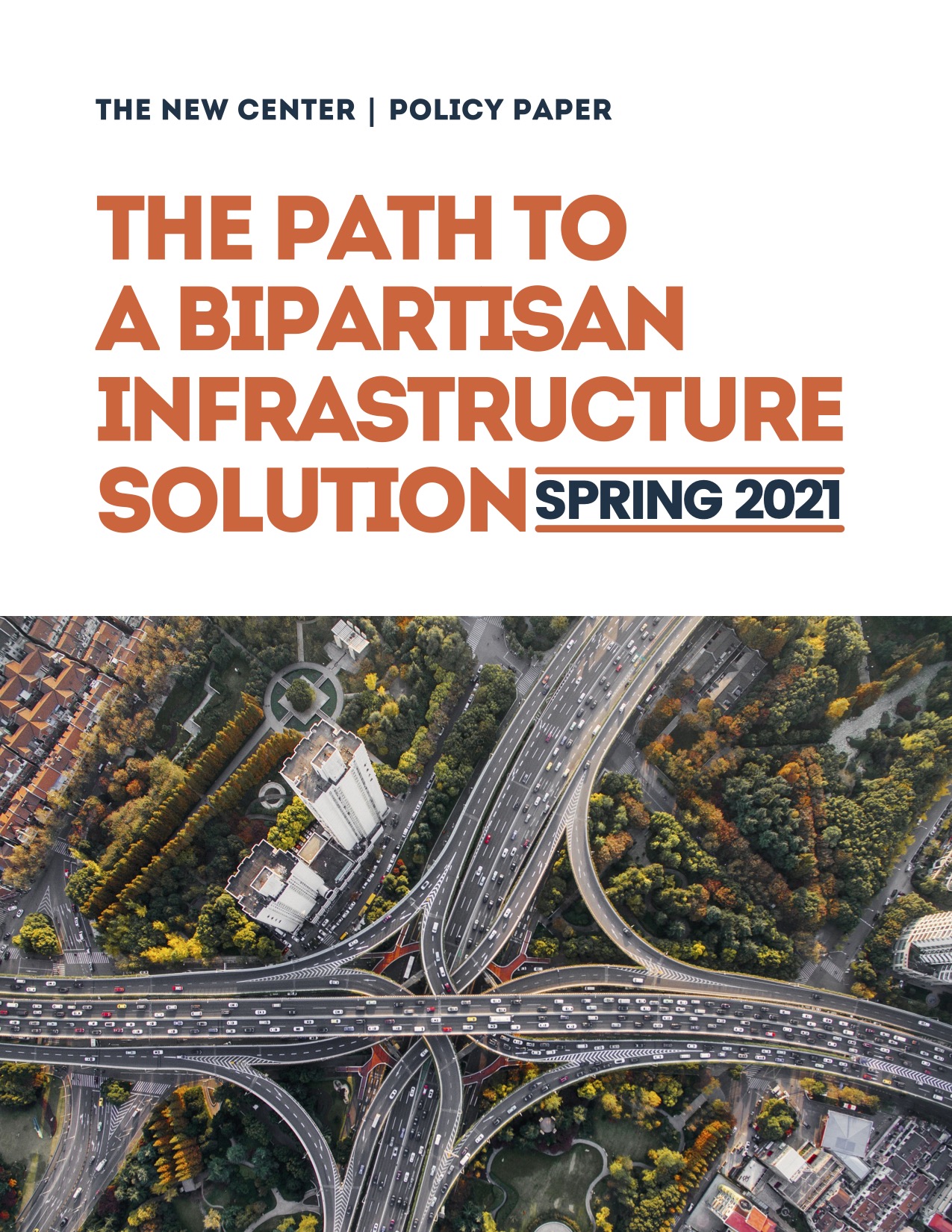 1. Prioritize the Most Important Projects

Creating a nonpartisan “National Infrastructure Board”—modeled on the proven military Base Realignment and Closure (BRAC) commissions—to determine which projects to prioritize.

2. Build on What We Already Have

Congress should introduce a program to incentivize states and localities to streamline their procurement processes and speed up the delivery of infrastructure projects.

The federal budget should be separated into two parts—a capital budget for long-term investments such as research and infrastructure, and an operating budget for annual expenses.

There are many policies—some of which can be incented federally but implemented at the state or local level—that would create and dedicate separate funding streams for infrastructure, including user fees, tax increment financing, and dedicated property or sales tax assessment to fund essential infrastructure.

Congress requires federal funding to be spent on particular classes of infrastructure projects (e.g., water). These restrictions should be changed or eliminated to give localities more flexibility to spend on their greatest needs.

The “tax gap”—the difference between taxes owed and taxes paid—is around $574 billion annually. Improving the IRS’s resources, technology, and funding could raise an estimated $1.6 trillion over ten years.

8. Privatize some projects without government support

A certain class of infrastructure assets (e.g., airports) may be better served by privatization. These assets will, upon sale or lease, generate a financial return for investors without government support or incentives.

9. Attract private investment for some assets with government incentive or support

Some assets can attract private investment if they are supported through some type of incentive or credit enhancement such as federal and state tax credits, government credit enhancements, or low-cost leverage.

10. Statutory/Regulatory Changes to Broaden Investor Base

States could pool several investments of varying risk characteristics to diversify systemic risk and reduce the cost of financing, much like infrastructure banks.

14. Open Up Infrastructure Investment to Individuals