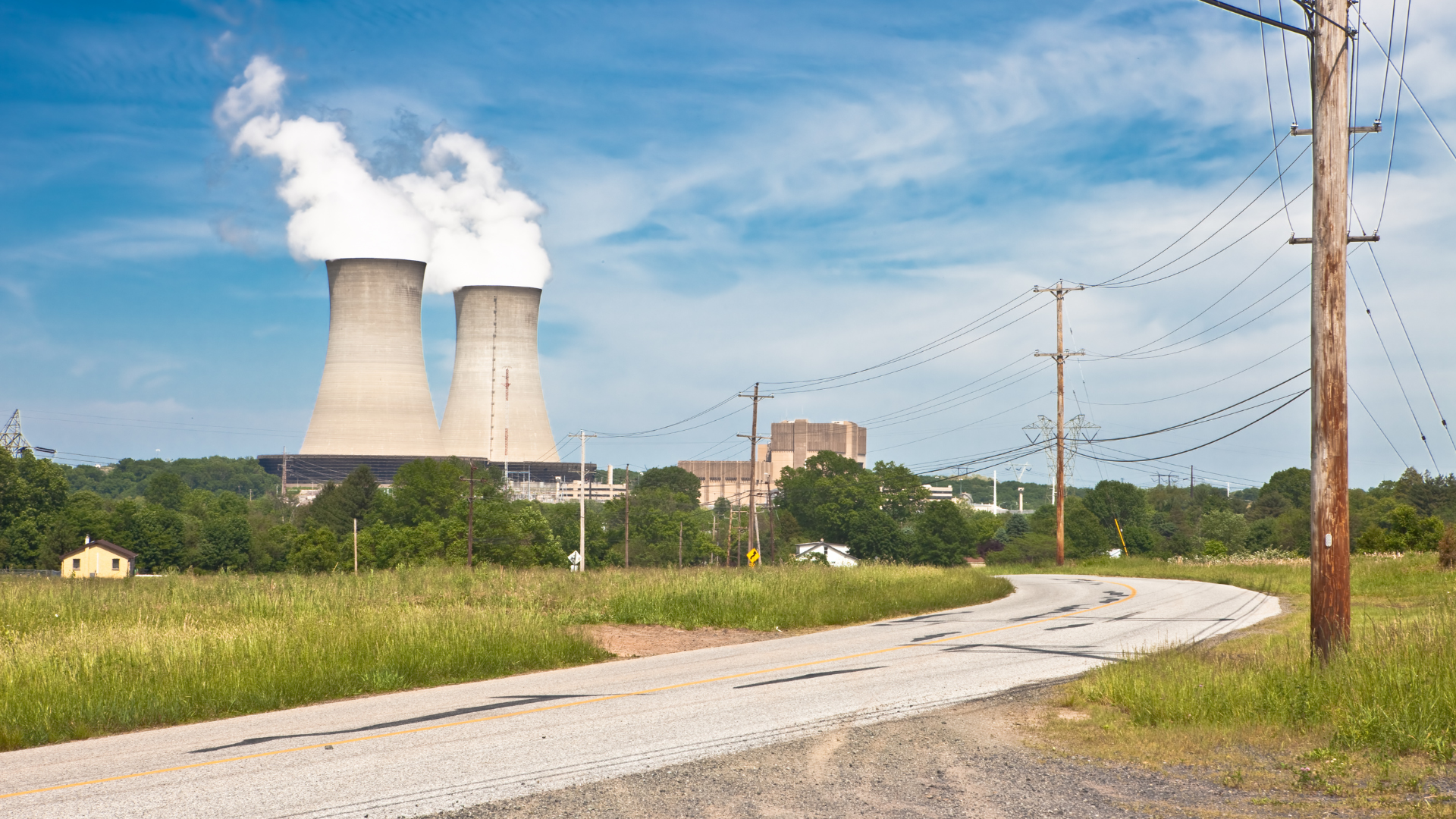 As with most issues in American politics these days, energy and climate have been presented as binary, either/or issues. But there is a neglected alternative that addresses both priorities: nuclear power. Nuclear is a clean, reliable source that can produce massive amounts of energy at scale with no carbon emissions.

Although 69% of Americans want the country to become carbon neutral, many are still agnostic on nuclear energy. A March 2022 Pew Research survey found that 35% of respondents wanted the federal government to encourage nuclear production, while 25% wanted to discourage it, and 37% favored neither.

For its part, Washington has not done nearly enough to educate the public on the benefits of nuclear as a clean energy source. And rapidly expanding it in America will require addressing the cost and regulatory hurdles that have had nuclear stuck in neutral for decades.

“Clean energy” is a rather broad term that may mean different things to different people. But nuclear power should qualify as a clean source under any sensible criteria.

First and foremost: nuclear energy emits zero carbon during operation, and its total lifecycle carbon emissions—including from constructing the plant, mining the fuel (uranium), transporting the waste, and anything in between—are relatively low. Nuclear has among the lowest lifecycle emissions per kilowatt-hour of energy produced, roughly equal to wind and three times lower than solar.

Nuclear is also not as land-intensive as other forms of energy, and it produces manageable amounts of waste.

A 2017 Strata Policy analysis found that nuclear energy requires 12.7 acres of land per 1,000 kilowatts produced annually, the third lowest among all power sources. Solar uses 43.5 acres and wind needs 70.6 acres to produce the same amount of power. The analysis measures total land use and includes things like waste storage, a common point of concern for nuclear energy.

Nuclear waste is manageable; not much is produced and we can handle it safely. According to the Nuclear Energy Institute (NEI), the largest trade association for the nuclear industry, most waste is used fuel: metal rods with solid uranium pellets inside. Nuclear fuel is about one million times more dense than other fuels. A one-inch tall uranium pellet produces as much electricity as one ton of coal. Because nuclear waste is so dense, there is very little of it: all of the waste ever produced by America’s nuclear industry would fit on a football field in a ten-yard-tall stack.

The used nuclear fuel rods are stored in “dry casks,” massive structures of concrete and steel that prevent radiation leakage. The U.S. Nuclear Regulatory Commission (NRC) believes these casks “provide adequate protection for public health and safety and the environment.” The NRC also notes that there have been thousands of shipments of nuclear waste across the country over the last 40 years “without causing any radiological releases to the environment or harm to the public.”

To be clear: nuclear waste is radioactive and highly dangerous. Improper handling can threaten public health and the environment. In April 2021, the Washington State Department of Ecology confirmed a waste storage tank at a decommissioned nuclear weapons manufacturing site was leaking radioactive material into the ground. Officials have warned there could be a “long-term environmental threat” if the spill is not cleaned correctly. Luckily, America’s careful regulation of nuclear energy waste disposal has prevented such leaks from becoming common occurrences.

Despite the general success in nuclear waste management so far, all of the existing storage sites are designed to be temporary. Stakeholders and leaders in Washington have long wanted a permanent disposal option, but politics have gotten in the way.

A decades-long attempt to create a permanent site at Yucca Mountain, Nevada, was terminated by the Obama administration for what the U.S. Government Accountability Office described as “social and political opposition” and “not technical or safety reasons.” A 2020 New York Times article asserts that President Trump also opposed Yucca Mountain for political reasons; he saw Nevada as a swing-state whose voters did not want to house nuclear waste. But incidents like the Washington State leak demonstrate why it’s necessary to put politics aside and find a permanent solution for nuclear waste.

Future generations of nuclear reactors might have even smaller land and waste footprints. In 2020, the U.S. approved its first small-modular reactor (SMR) design, which the company NuScale plans to construct by 2029. NuScale’s SMR is only a third of the size of a standard nuclear reactor, and is even safer than existing nuclear power designs due to a passive cooling system that does not require human input during an emergency. As a result, much less land is required for the plant itself and the surrounding safety buffer. Other SMRs in development are looking at alternative or recycled fuels, which should shrink nuclear’s mining and waste footprints even further.

Even without advancements in SMRs, nuclear is the clean energy that delivers. Nuclear power has by far the highest capacity factor, the measure of how often an energy source is producing its full maximum potential output. Nuclear reactors operate at peak performance 93.5% of the time, while wind and solar have capacity factors of 35% and 25%, respectively, because they only produce when the wind blows or the sun shines.

Because of its consistency, nuclear is often used as a baseload power source, according to the U.S. Energy Information Agency (EIA). “Baseload” is the minimum level of power that must be available to the electric grid at all times. The counterpart is peak load or intermediate power: additional electricity from oil and natural gas needed for the days and times of day when demand is at its highest, such as to operate the heater on a particularly cold night.

The EIA classifies wind and solar as “intermittent renewable” sources that contribute to the grid when conditions are right. They tend to displace oil and gas, since baseload sources like nuclear do not adjust output to match supply and demand. In this regard, wind and solar are not competitors with nuclear power, but complements to it.

While nuclear energy is incredibly reliable once in operation, the fuel it takes currently comes from unreliable suppliers. American nuclear plants import more than 85% of the uranium they use, almost half of which comes from Russia (16%) and its allies Kazakhstan (22%) and Uzbekistan (8%). Much like oil, the uranium market is heavily influenced if not controlled by hostile regimes.

As President Biden said, Russia’s invasion of Ukraine and the subsequent energy crisis is a “stark reminder” that the U.S. must be energy independent. As it stands, America’s nuclear power industry is not independent—but things can change.

Domestic mining of uranium has all but vanished in recent years. After reaching a high of 43.7 million pounds in 1980, domestic uranium production fell sharply throughout the 1980s and 90s and has only continued to dwindle. In 2019, only 170,000 pounds of uranium were produced in America. As a result, a 2020 Department of Energy report concluded that the domestic uranium mining industry was “facing imminent collapse.”

The early success of domestic uranium mining was mostly due to government protection. Generous subsidies and strict trade barriers created a thriving industry, but the industry tumbled a few years after the protections were lifted in 1975 and the Three Mile Island accident stained nuclear’s image in 1979. Domestic nuclear operators began looking elsewhere for fuel. And now, American uranium miners are failing to compete with those in countries like Kazakhstan which have significantly weaker environmental protections.

Perhaps a 1960s system of heavy subsidies and blanket import bans would be unnecessary and unhelpful for the current moment. But the government could take small steps to boost domestic uranium demand; like filling the Strategic Uranium Reserve that Congress funded in 2021 but has still not been started, and suspending uranium imports from Russia and its allies proportionate to the war in Ukraine as we did with Russian oil, natural gas, and coal.

The U.S. government could also spark demand for uranium by growing the nuclear power industry as a whole. In part two of The New Center’s nuclear energy series, we explore what it will take to finally unleash such a nuclear renaissance in the United States.