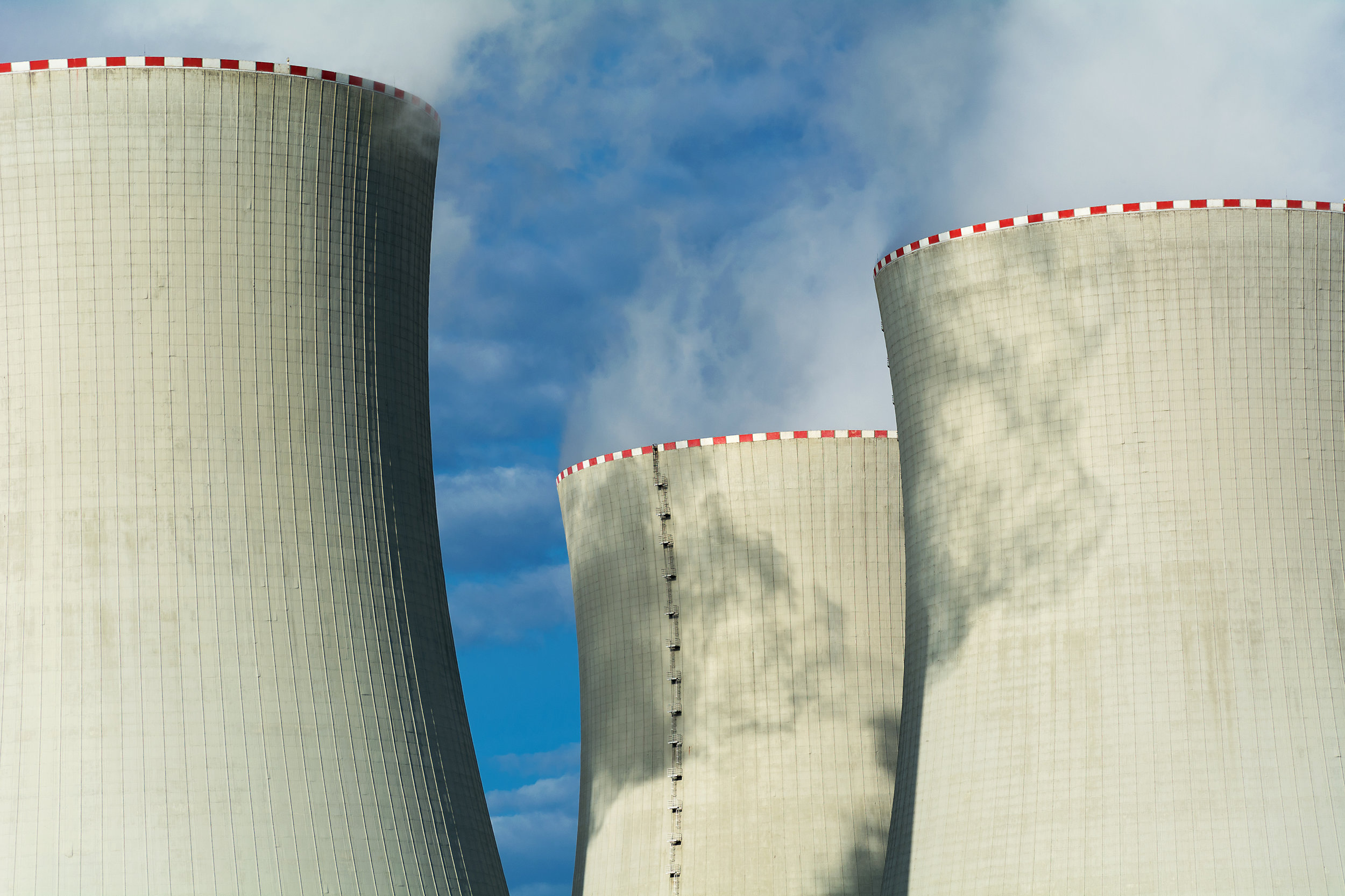 It might surprise you to learn that the federal government’s Nuclear Regulatory Commission has no incentive to actually expand the use of nuclear power in the U.S. But it’s true.

On its website, the NRC describes its mission as “to ensure the safe use of radioactive materials for beneficial civilian purposes while protecting people and the environment.” The NRC lacks a mandate to actually grow the nuclear technologies it oversees. NASA’s mission, for comparison, is to “explore the unknown in air and space, innovate for the benefit of humanity, and inspire the world through discovery.” Safety is listed as the first of NASA’s Core Values, but it is not the sole objective as it appears to be for the NRC.

And based on the goals in their strategic plan for 2018-2022, today’s NRC is fixated entirely on dangerous but rare accidents with no focus on the public health and environmental benefits of nuclear energy. Because the Commission is concerned with safety and safety alone, it seemingly concludes the best approach is no new nuclear capacity in the U.S.

“No new nuclear” may not be the official position of the NRC, but it might as well be. Since its inception in 1975, the Commission has never approved a new nuclear plant that made it to operation. It has approved new reactors at existing plants; and there were some plants that opened under the NRC, but they were approved by the NRC’s predecessor before 1975. In total, nuclear growth has plummeted under the NRC. The last time the U.S. saw a net increase in nuclear reactors was 1993. 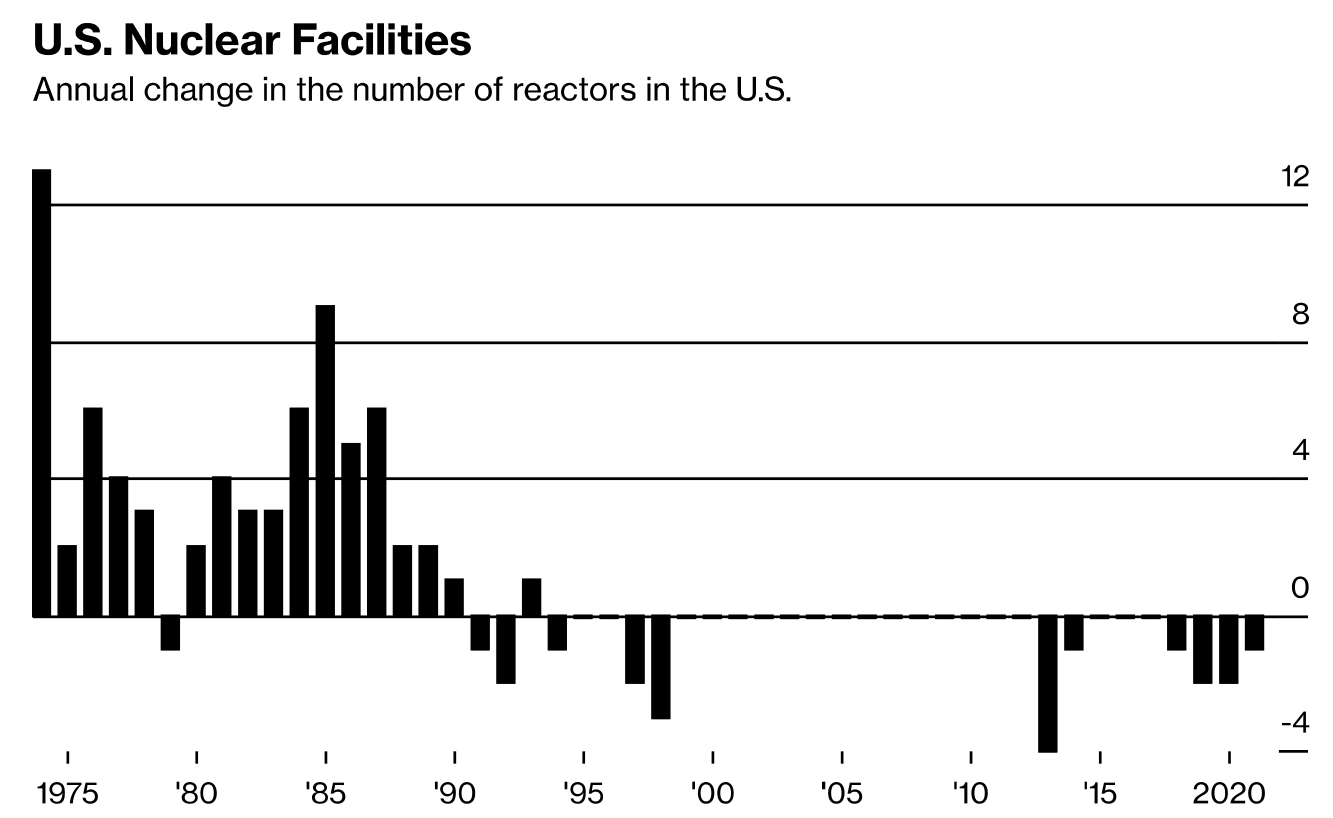 The alternatives to nuclear power are sources that are worse for the environment and cause even more deaths from accidents and pollution. Nuclear—a baseload power source—would be replaced by other baseload sources such as coal, not only by intermittent renewable sources like wind and solar. Just look at Japan: after essentially dismantling their nuclear energy sector in response to the Fukushima accident, coal and natural gas consumption has mostly filled in the gaps. 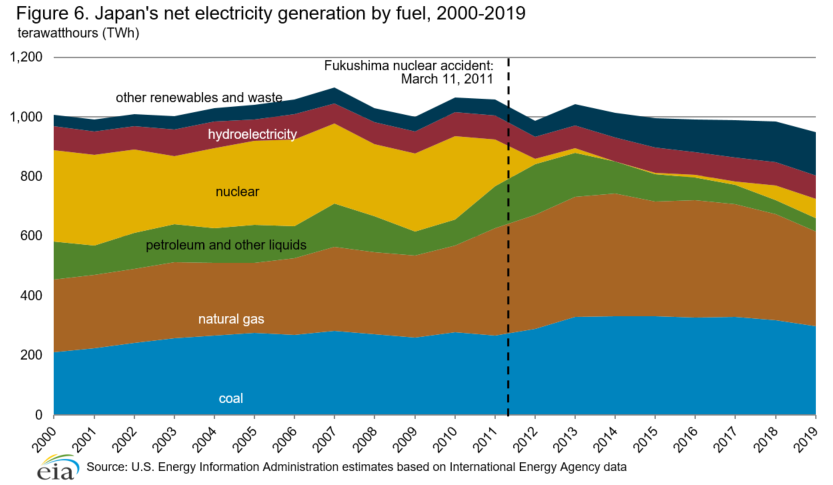 Only one person died of radiation exposure at Fukushima. And Three Mile Island, America’s worst nuclear accident, caused zero deaths or injuries. These events were tragic and should never have happened, but regulators must consider them in context: nuclear’s fossil-fuel competitors kill millions of people worldwide each year through air pollution and accidents.

It is time for Congress to give the NRC a new mandate; one that, inspired by NASA’s, instructs the Commission to expand the use of nuclear energy and expedite innovation in the sector.

Safety should still be a top priority, but not the sole priority as it is now. Further, the NRC’s understanding of “safety” should reflect the Biden administration’s May 2022 rule changes which require infrastructure regulators (including the NRC) to consider the “direct, indirect, and cumulative effects” of new projects on the environment. Considering that it is far better for the environment and public health than its fossil fuel alternatives, nuclear energy is the safe path forward.

The new mandate should be coupled with a comprehensive reform of the NRC’s licensing structure, as regulatory burdens have plagued the nuclear sector for decades.

Nuclear energy has historically been held back by cost concerns, and that’s only gotten worse over time. The U.S. Energy Information Administration (EIA) reported that inflation-adjusted construction costs grew from $1,500 per kilowatt of capacity in the 1960s to $4,000 per kilowatt in the 1970s. Today, the EIA estimates a new plant would cost $6,000 per kilowatt, or $6 billion in total for an average-sized nuclear plant, which has one million kilowatts (or one gigawatt) of capacity.

A 2020 study by MIT researchers found that one-third of the increase in nuclear construction cost can be attributed to regulation. The author emphasizes that regulation is not the sole cause: a decline in labor productivity—seen across the construction industry—as well as increased material costs and technical restraints are also major causes. But the conservative American Action Forum (AAF) calculated in 2017 that, even after construction, ongoing regulatory compliance (paperwork) alone cost the average nuclear plant $10 million annually.

Regulation is not fully to blame for the cost of nuclear energy, and it is certainly not dispensable. Safety regulations are necessary to prevent both major and minor accidents, especially for technologies as potent as nuclear power. But does the NRC really need 16,368 individual restrictions of nuclear energy, as AAF found in an analysis of the 2014 Code of Federal Regulations? For context, AAF points out that the EPA imposed only 3,484 regulations pertaining to air pollution—which is significantly more deadly than nuclear power. And should it take five years and millions of dollars just to earn approval for new reactors at existing plants, as AAF found to be the case?

Can America’s once-great nuclear power industry be restored? Some lawmakers are working on it. In late April, President Biden allocated $6 billion for nuclear plants that are struggling financially. The move is expected to save at least two plants from imminent closure. Earlier that month, Senators Joe Manchin and Jim Risch introduced the bipartisan International Nuclear Energy Act that would address financing, licensing, and innovation barriers to the domestic and global nuclear energy markets.

Congress could also help ease nuclear permitting time and costs by permanently extending FAST-41, a 2015 bipartisan reform to ease the regulatory burden on large infrastructure projects including nuclear reactors. The program has reduced the time (and money) necessary to earn approval without altering the rigor of safety and environmental reviews, saving projects years of waiting and millions of dollars. FAST-41 is set to expire this year; Congress could streamline the development of nuclear and other clean energy plants by making this successful program permanent.

In a world of imperfect energy options, nuclear energy has long provided the U.S. with a critical base of safe and reliable energy. America needs more of it, now more than ever.