The 2021 Annual Threat Assessment: Here’s What You Need to Know 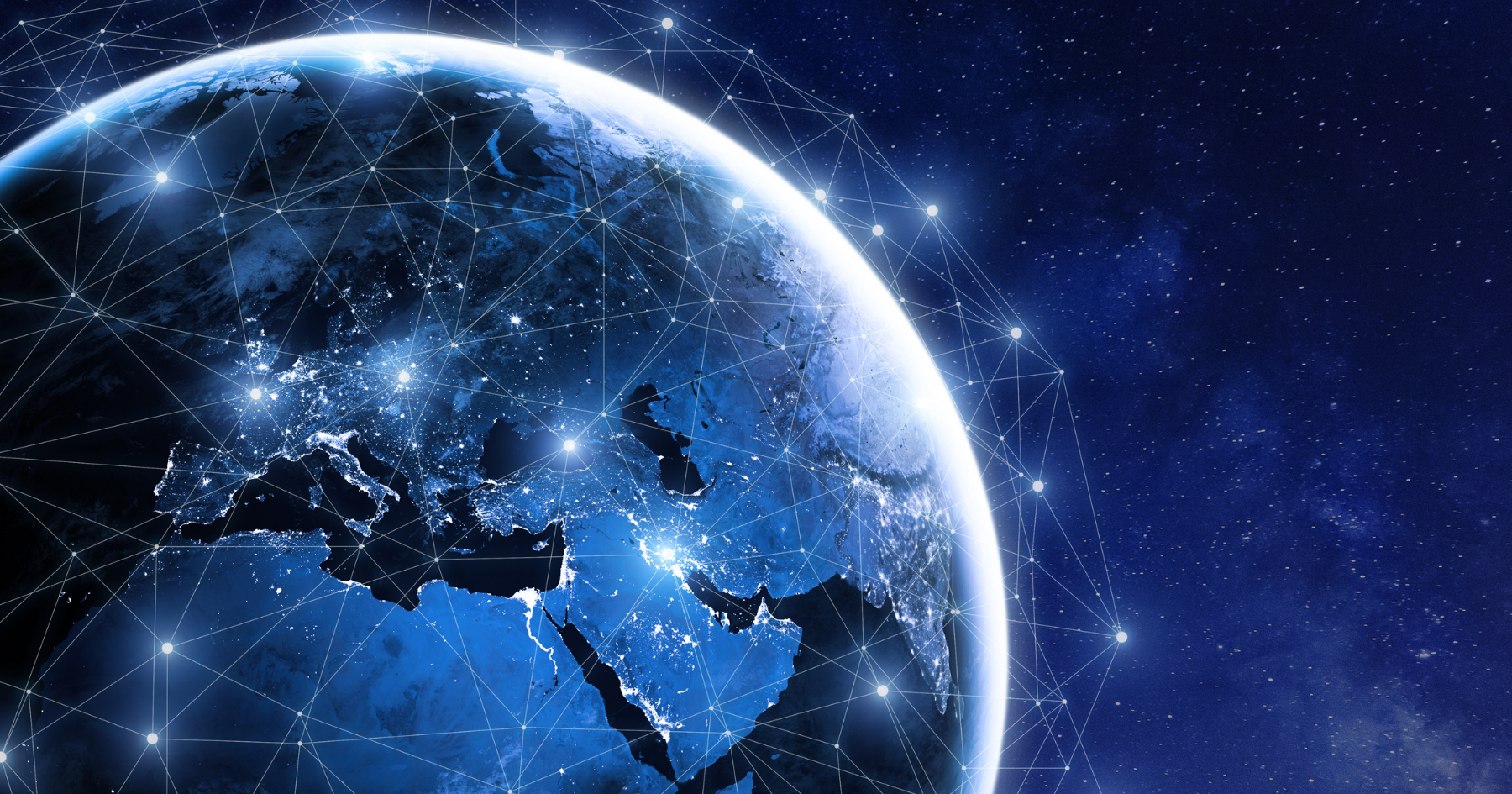 On April 13, 2021, the Office of the Director of National Intelligence released the Annual Threat Assessment of the U.S. Intelligence Community. The report outlines a wide range of threats that the United States and its allies will likely have to contend with in the coming year.

Below, The New Center provides summaries and key insights from the report, which focuses on major geopolitical trends, transnational issues, and regional conflicts and instability. If you want to do further reading on some of these challenges, we also link to papers from The New Center’s foreign policy series.

China’s goal is to expand its global economic and political influence at the expense of the traditionally U.S.-led international order. It seeks to achieve this goal through fortifying its military, nuclear, and space capabilities, strengthening its cyber-attack and cyber-espionage capabilities, and engaging in economic diplomacy (i.e., the Belt and Road initiative). China is beginning to test the reach of its growing influence by meddling in Hong Kong’s democratic process, threatening Taiwan’s pro-independence faction with forced reunification, and making expansive territorial claims across the South China and East China Seas.

Even though Russia believes it is beneficial to engage with the United States within areas of mutual interest, it still seeks to undermine U.S. influence not only within what it considers its own ‘sphere of influence’ but also around the world. Much like China, Russia is bolstering a wide range of capabilities to advance its interests against those of Western nations. Its global engagements—ranging from support for the Cuban and Venezuelan governments to interventions in Syria and Libya—demonstrate a desire to be a key player on the world stage. At the same time, Russia must contend with growing domestic political dissent, which it seeks to stifle through methods such as public assassinations, the most recent attempt being the poisoning of opposition activist Alexey Navalny in 2020.

Iran’s top priorities are ensuring regime stability, building deterrence capabilities against adversaries, and increasing its influence in the region. Iran has solidified its deterrence capabilities through conventional and unconventional military weaponry. It is also expected to increasingly use cyber warfare operations to target adversaries through a low-cost, high-yield method. Beyond that, Iran will continue to seek influence in the Middle East region by funding and arming militias and insurgencies in Afghanistan, Iraq, Lebanon, Pakistan, and Yemen, as well as providing direct support in conflicts such as the Syrian Civil War. Regarding its nuclear program, Iran is expected to continue to violate the terms set forth under the JCPOA (such as enriching uranium at higher levels) if it does not get sanctions relief, but these violations are likely intended to draw the U.S. back to the negotiating table.

For North Korea, no amount of international pressure seems to be effective at preventing the regime from developing the nuclear and ICBM capabilities it believes necessary to deter threatening actors such as the United States and South Korea. Its resilience in the face of a global sanctions regime means that it has made significant progress on its conventional military capabilities, long-range missile capabilities, and cyber warfare program—all of which pose a growing threat to the United States and its allies.

COVID-19 continues to be a public health risk that will disrupt our economy and way of life until vaccines and therapeutics have been sufficiently distributed across the globe. The social and economic effects of the pandemic are also inducing food insecurity, internal conflicts, and migration. Some governments struggling to contain their COVID-19 cases and deaths are reconsidering global cooperation on transnational security and diplomatic issues in favor of tending to their own populations; others, such as Russia and China, see ‘vaccine diplomacy’ as an avenue to cultivate more soft power.

2020 was the hottest year on record, and with greenhouse gas emissions increasing, climate change and environmental degradation will only continue. Weather events will become more frequent and intense, displacing populations, threatening critical infrastructure, and increasing conflict over water, food, and other resources. Air pollution brought on by environmental degradation will lead to more premature deaths due to related health issues such as heart disease, lung cancer, and pneumonia.

For more information on the breakthrough technologies the U.S. can invest in to combat climate change, read The New Center’s May 2019 report, “Double Down on Federal R&D for Breakthrough Energy Technologies.”

The scale of research and development (R&D) funding that has been poured into emerging technologies in recent years has led to significant advances in the fields of computing, biotechnology, artificial intelligence, and manufacturing. While the widespread proliferation of breakthrough technologies can be a social good, the assessment notes that certain technologies in the hands of actors such as Russia and China can increase their military and economic edge at the expense of our own.

Cyber threats from nations such as Russia, China, Iran, North Korea, and independent actors are expected to become increasingly prevalent. Adversaries will seek to collect intelligence, damage critical infrastructure through cyberattacks, and, in the case of recent U.S. presidential elections, damage social cohesion by exploiting existing societal rifts. Beyond focusing attacks on enemies abroad, regimes will also utilize cyberspace at home to maintain regime stability, control their own populations, and stifle dissent.

For more information on how the U.S. can tackle its persistent cyber vulnerabilities, read The New Center’s March 2020 report, “Cybersecuring America.”

Although travel restrictions instituted to stop the spread of COVID-19 temporarily curtailed the flow of foreign illicit drugs (such as cocaine, fentanyl, heroin, marijuana, and methamphetamine) into the United States from Mexico, drug trafficking remains a critical threat to the American population, particularly as overdose deaths have increased each year since 2018 according to the Centers for Disease Control.

Despite COVID-19 travel restrictions, migration and refugee flows are expected to continue increasing. While Europe has experienced a decrease in migration from the Middle East and North Africa since 2015, the United States will see a surge of migration not only because of the new presidential administration but also due to long-standing criminal and economic issues in Central America now coupled with hardships brought on by COVID-19.

Terrorist organizations such as ISIS, Al-Qa’ida, and Hizballah continue to present risks to American security interests both at home and abroad. However, ISIS and Al-Qa’ida’s operational capabilities have weakened. Instead, Domestic Violent Extremists (HVEs) and Homegrown Violent Extremists (DVEs) now represent the most salient domestic threat.

Although President Biden has announced the withdrawal of U.S. combat troops by September 11, 2021, there is little prospect of conflict ending within Afghanistan soon. The Afghan government, while it has secured major cities, has been ineffective in holding territory. This, in turn, has encouraged Taliban forces to sideline a peace process in favor of attempting to secure a military victory.

Tensions between India and Pakistan remain high, but are unlikely to develop into an outright war between the two powers except in the event of critical flashpoints such as “violent unrest in Kashmir or a militant attack in India.”

Long-standing conflicts across the Middle East—including those in Iraq, Libya, and Syria—have little chance of short-term resolution in the face of continued domestic upheavals, terrorism, Iranian diplomatic machinations, and the economic consequences of COVID-19.

Myanmar’s democratic transition has been stunted by a military coup. Now, protesters are being met with a deadly crackdown by Myanmar’s military as it attempts to secure control.

The African continent is expected to face increased conflict this year. Ethiopia’s Tigray crisis, Sudan’s intragovernmental power struggles, and Somalia’s raging civil war will plague East Africa. West Africa, the Sahel, and portions of Eastern and Southern Africa are expected to experience heightened terrorist activity as a result of “conflicts, undergoverned spaces, the marginalization of some communities, and persistent communications connectivity.” Upcoming elections across Sub-Saharan Africa are also likely to foster increased tensions.