The Biggest Risk of Mail-In Voting? Not Fraud, But Logistical Chaos 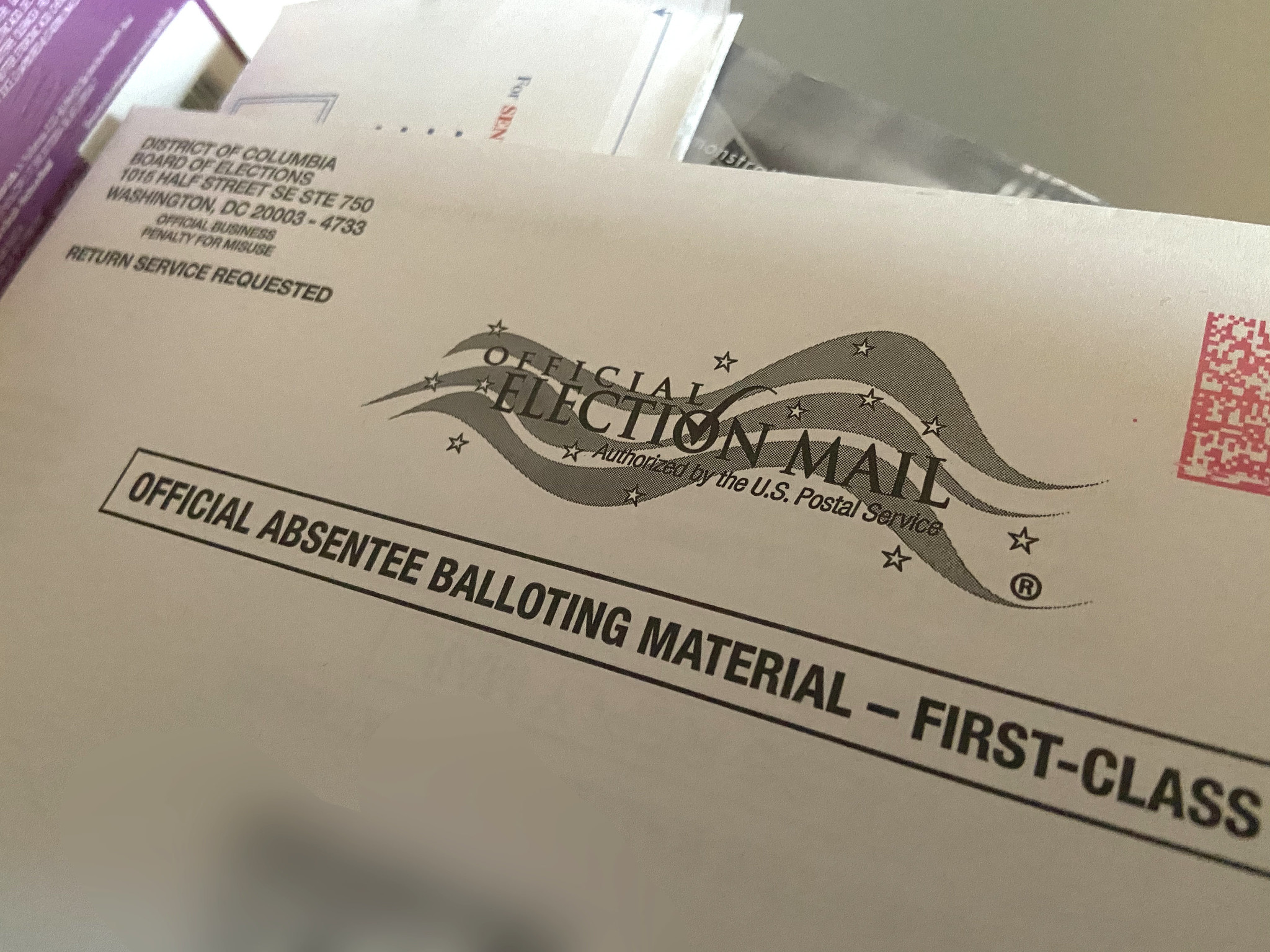 The mail-in voting surge expected as a result of COVID-19—and President Trump’s continued assertions that the vote will be fraudulent—raise two daunting questions:

Mail-in voter fraud in the U.S. has historically been extremely rare. But there is an entirely different reason to be worried about its widespread usage in 2020: America has never attempted mail-in voting at this scale, and there are legitimate concerns that state election systems might not be equipped to handle the deluge of absentee ballots. Mishaps during some of the primary elections held this spring and summer—in which turnout was much lower than what is expected in November—foreshadow the possibility of a logistical nightmare.

Is Mail-in Voting Safe and Secure?

According to the Election Law Blog, over 275 lawsuits concerning COVID-19, the primaries, and certain procedures in place leading up to the general election have already been filed across the U.S. this year. The Trump and Biden teams have already assembled massive legal teams to contest state election laws prior to the election—and potentially, any unfavorable results afterwards.

It’s led experts to speculate on any number of nightmare scenarios, including one in which state vote counts are so delayed that state legislatures send their electors to the electoral college before the votes of state residents are fully counted and certified.

This New Center issue brief examines the various challenges state election boards will face this year and discusses one way the federal government could ease these burdens and ensure the American people have confidence in the integrity of our election.

Some States Are Prepared. Others Are Just Hoping for the Best.

While some states have been proactive in modifying election laws to account for unique new challenges, others still have laws in place that will make election officials’ jobs even more difficult. In some states where results are expected to be close, such as Georgia and Iowa, absentee ballot counting cannot begin until November 3. In several others, election officials cannot even start processing absentee ballots—for example, matching the signatures on the ballots with the ones on file with the board of elections—until Election Day. These prohibitions on ballot processing prior to Election Day, or “pre-canvassing,” are in place in swing states like Wisconsin and Pennsylvania. According to FiveThirtyEight, Pennsylvania is more likely than any other state to be the deciding factor in whether Trump or Biden wins the 2020 election.

Jeff Snyder, the Republican president of the County Commissioners Association of Pennsylvania, stressed the gravity of his state’s situation during a recent news conference: “If state leaders want to run the risk of negative national news coverage during a presidential election—in a battleground state—with anticipated high turnout, then they should do nothing.” Unfortunately, “nothing” is exactly what might happen. In Pennsylvania, where up to 3 million absentee votes are expected in this year’s general election, negotiations in the legislature to allow for pre-canvassing are at a standstill. The Republican-controlled legislature has proposed a bill that would allow for three days of pre-canvassing, but it also includes a provision that would ban absentee ballot dropboxes statewide—a nonstarter for the Democratic governor. And although U.S. Senator Ron Johnson, a Republican from Wisconsin, has urged his state to pass a pre-canvassing bill, the Wisconsin state legislature has not budged.

While some states have plenty of experience with widespread absentee voting, others that have only recently expanded it will be especially likely to struggle with the processing and counting of a deluge of mail-in ballots. According to The New York Times, in 19 states where absentee voting has recently been expanded, less than 10% of voters voted absentee in 2018.

Some states have recently enacted laws that promote voter access but also come with the unintended consequence of prolonging the ballot counting process even further. Under these laws, battleground states North Carolina, Pennsylvania, Wisconsin, and Michigan will now accept ballots that arrive some number of days after Election Day (in Michigan, up to two weeks later) as long as they are postmarked by November 2 or 3. These changes have sparked discussion about potential challenges in court.

Charles Stewart III, who founded MIT’s Election Data and Science Lab, shared with the New York Times his prediction that “the overall story is going to be of states pulling it together and running a credible election. But there is a non-zero possibility that it turns into a mess.”

States Could Run Out of Time

On top of the chaos that could come from state election rules and procedures, a 19th century federal law could complicate things even more. The 1887 Electoral Count Act established a “safe harbor” deadline by which states must finish counting votes and resolve any outstanding disputes of their election results if they wish to receive a guarantee that Congress will accept those results as conclusive. This deadline is 35 days after Election Day and falls on December 8, 2020. If any states fail to meet this deadline, Congress has no obligation to accept their results. This seems especially likely in a scenario where a state’s vote count is delayed, its initial results are close, and the time left to solidify those results with a recount is insufficient. The law also stipulates that six days after this “safe harbor” deadline, on December 14, 2020, all 538 members of the electoral college must meet in their state capitals to cast a final vote. Essentially, whichever candidate is ahead on December 14 is the one who will receive the most electors, even though the inauguration will take place over a month later on January 20, 2021.

This short window for vote counting and verification has put the United States uncomfortably close to total electoral chaos before. The safe harbor deadline for the 2000 election was December 12, and the Supreme Court did not hear oral arguments in Bush v. Gore until December 11. The 5-4, party-line vote to end the recount in Florida—and declare George W. Bush the winner by just a few hundred votes—was due in part to the reasoning that no constitutionally valid recount could be completed by that deadline. Nathaniel Persily, professor of law at Stanford and co-founder of the Stanford-MIT Healthy Elections Project, told CNBC, “In the event that the election is effectively tied, and comes down to a few of these states with a large number of absentee ballots, then we have a version of Bush v. Gore on steroids.”

A Simple Way to Ensure a Free and Fair Vote Count: More Time

There is enough evidence from this year’s primaries—and from the hundreds of election lawsuits that have already been filed—that too many states are simply not prepared to count the votes on the timeline prescribed by federal law.

So, here’s a simple solution: give local election officials across the country more time to process and count mailed ballots between Election Day and inauguration day. If states had extra time built in for thorough initial tallies—and recounts to verify close results—they would be better positioned to protect themselves from Congressional or legal challenges and to ensure a free and fair vote.

Marco Rubio (R-FL) recently introduced S.4517, which would accomplish this goal. If passed, it would push back the safe harbor deadline to January 1 and the meeting of the electors to January 2. Recently, a group of 40 law professors and elections experts signed a letter urging Congress to pass Rubio’s bill, arguing that “In our polarized culture, one side immediately sees sinister motives in almost any suggestion the other side makes. But as experts who study the election process, the resolution of disputed elections, and similar matters, we believe Senator Rubio’s bill is good insurance for the integrity of the election and ought to be adopted.”

These extra weeks to count votes and settle disputes could prove to be crucial for election officials, and the passage of this bill would go a long way in preserving public trust in our democratic process.