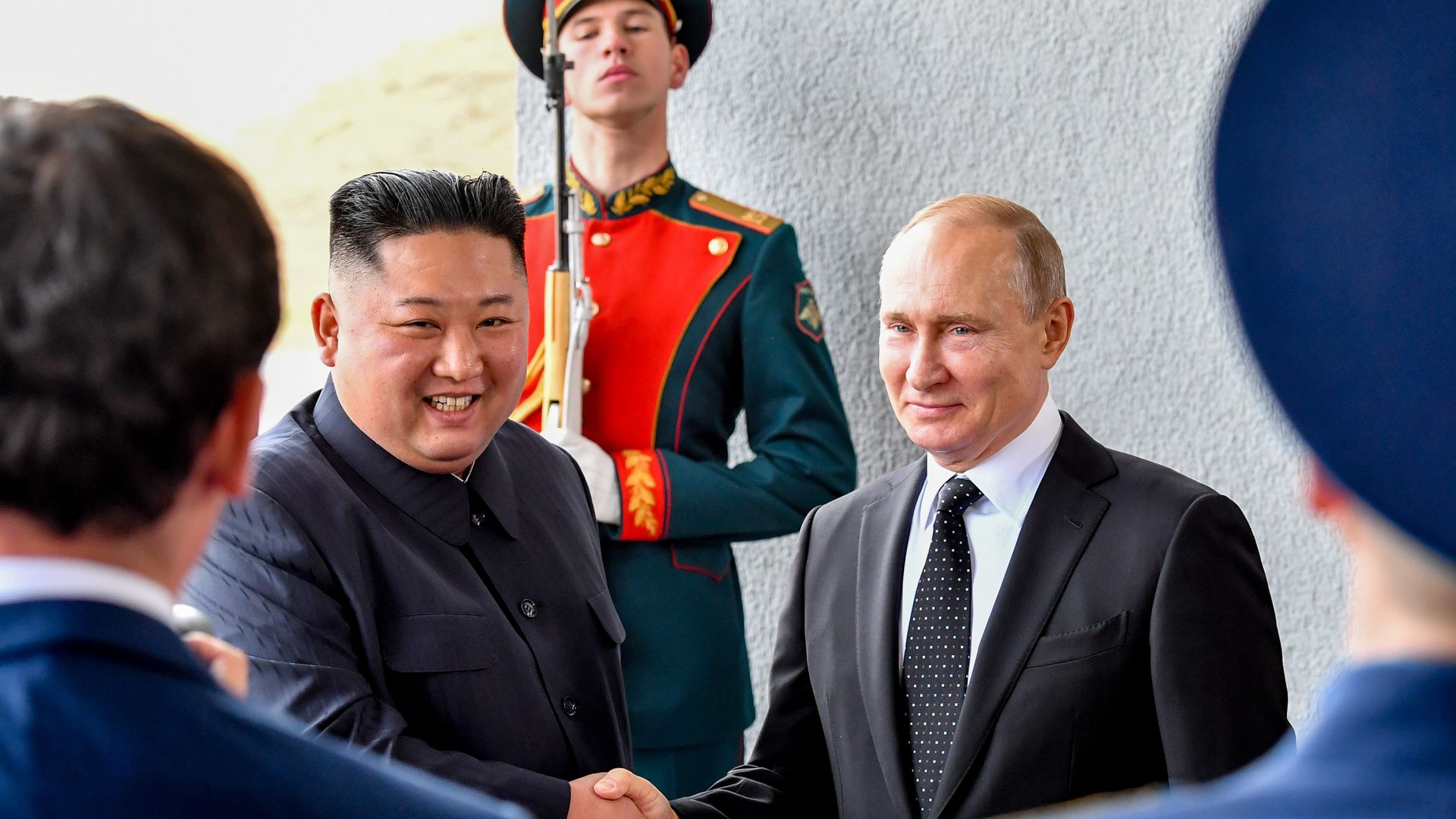 During a news conference following the summit, Putin stated that he and Kim had “a conversation on all items on our agenda and discussed them in various aspects, including bilateral relations, sanctions, United Nations, relations with the United States and, of course, the denuclearisation of the Korean Peninsula.”

Toward that end Kremlin spokesman Dmitry Peskov hinted at a restart of the “six party talks,”  noting that “there are no other efficient international mechanisms at the moment.”

What are the six party talks?

The six party talks were a series of meetings held between the United States, North Korea, South Korea, Japan, China, and Russia between 2003 and 2009, the purpose of which was to address security concerns relating to North Korea’s nuclear weapons program.

The talks were held in six rounds but suspended when North Korea launched the Kwangmyŏngsŏng-2 rocket, believed to be a test for future ICBM launches.

The six party talks failed to yield any long-lasting results. This was in part due to the unpredictable nature of the North Korean regime coupled with a lack of a unified front from the other five parties, with the United States and Japan typically pushing for a more aggressive approach against North Korea than did China, Russia, and South Korea.

None of these approaches yielded long-lasting results.

President Trump has alternated between postures of maximum pressure and engagement. Months after threatening the North Koreans with “fire and fury the like the world has never seen,” he managed to bring the North Korean leadership to the table for the 2018 Singapore Summit, after which a joint document was signed stating “new U.S.-DPRK relations will contribute to the peace and prosperity of the Korean Peninsula and of the world, and … mutual confidence building can promote the denuclearization of the Korean Peninsula.”

The second summit held from February 27-28 in Hanoi was not as successful. It was cut short because the North Korean leadership requested an end to all sanctions, a deal President Trump was unwilling to make.

The fallout from the Hanoi summit has left U.S.-North Korean relations at a standstill, with neither party willing to make concessions, and the North Korean regime looking to exploit tense relations by meeting with President Putin.

What does this mean for the United States?

Many in the U.S. foreign policy community worry about the implications of a budding Kim-Putin relationship. For Kim, this summit could be a way to show the United States and the broader international community that he is not, in fact, isolated, and that allies exist who will support his country. Putin could be using the summit to position Russia as a global peacemaker.

But Russia can’t offer North Korea much in the way of safety guarantees. And this could all simply be Kim’s drawn-out attempt to play international actors off against each other, in the hopes that the United States will eventually either renew talks or make concessions on North Korea’s nuclear capabilities.

The underlying motives are unclear. But it does appear as if North Korea will continue to frustrate the Trump administration, just as it has its predecessors.

Aleksandra Srdanovic is a policy analyst for The New Center, which aims to establish the intellectual basis for a viable political center in today’s America.