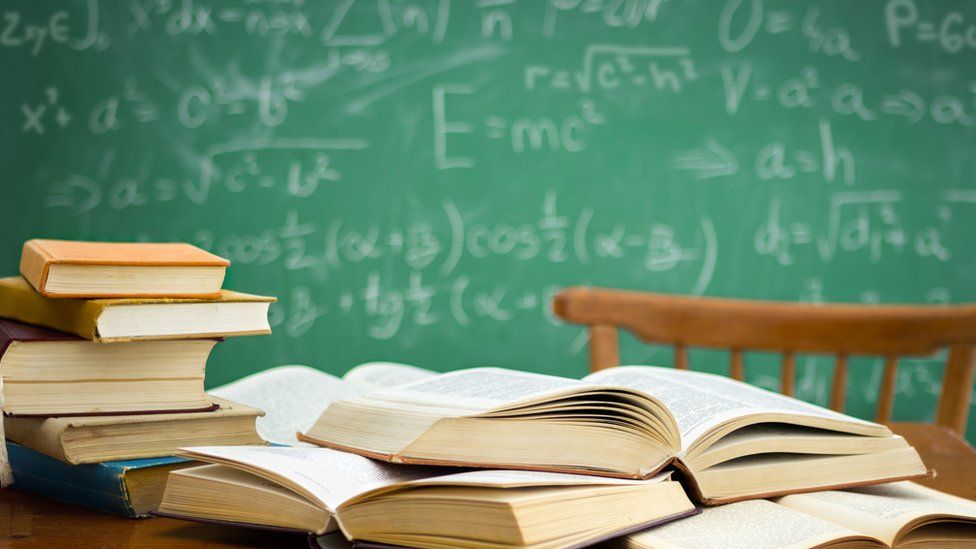 During the last two years, some of America’s largest school districts have implemented seismic changes in the name of advancing racial equity. Under pressure from activists and some elected officials, schools have changed the criteria for how students are admitted, what classes they take, and how they are graded.

The equity movement, broadly speaking, is trying to close the achievement gap between white and Asian students and their Black and Latino peers. Black and Latino students are underrepresented in not only advanced education programs, but in the lifetime of income and opportunity that follows.

But Americans agree more with the equity movement’s goals than its tactics. Over 80% of people said it was important that local public schools have ethnic and economic diversity, according to a 2021 poll from The Century Foundation. But a 2022 poll from Pew Research Center found 74% thought race and ethnicity should not be considered in admissions decisions.

Contradictory poll results indicate these issues are not so cut-and-dried to the public. People support offering advanced education to students based on ability or merit, but they still value racial diversity. Since the onset of Covid, local governments and school officials have shifted policy toward equity and away from merit in multiple aspects of schooling. But early evidence suggests the public believes many schools have gone too far.

The New Center dug into some of the most ambitious—and contentious—racial equity reforms, the debate around them, and their future.

Admissions to Selective Public Schools and Gifted and Talented Programs

The idea is that by filling a classroom with only high achievers, these students can receive a more rigorous education that may be too advanced for their peers. The evidence is mixed as to whether this idea is accurate. While exam schools do see impressively high standardized test scores and admissions to elite colleges, the data are not clear that the schools actually cause that outcome or if they simply admit students who would have done well anywhere. But a 2014 study of gifted and talented programs by Nobel prize-winning economist David Card concluded that a separate classroom for high-achieving students can be beneficial, especially for minority and low-income students.

Regardless of what the data says, parents, education reformers, and school officials care a lot about which students participate in those programs. Specifically, equity-minded reformers have raised concerns about the metrics considered, and the racial disparities that result from them. They claim that Black and Latino students are often underrepresented compared to their Asian and white peers, and they often advocate changing admissions policies to create a more proportional student body.

Take Lowell High School, a high-performing selective school in San Francisco. In 2020, 51% of Lowell students were Asian and another 18% were white, while 12% were Latino and only 2% were Black. Lowell had a much higher proportion of Asian and white students than the school district as a whole. So, in the name of equity, the San Francisco Board of Education changed Lowell’s admissions process in 2020. No longer would applicants be evaluated by merit; instead, all incoming freshmen who wanted to attend would be placed in a lottery and selected at random. While the move was initially sold as a temporary change to combat logistical challenges posed by Covid-19, the school board voted to make it permanent in 2021.

Equity activists achieved their goal for Lowell: the first class admitted under the lottery had higher shares of Black and Latino students than previous classes. But students in the lottery class earned three times as many Ds and Fs (24%) as the class before them (8%), suggesting that many of the new students weren’t adequately prepared for Lowell’s more rigorous curriculum.

Parents, especially in Asian communities, were outraged by the school board’s reforms. Just 13% of San Francisco voters supported Lowell’s lottery admissions. Many local parents felt that their child had earned a seat at Lowell with exceptional grades and test scores, but were denied because they did not meet the school’s racial preferences. Three of San Francisco’s seven school board members were recalled by wide margins in early 2022; by June, their replacements overturned the lottery and restored merit admissions at Lowell High School.

New York City also recently implemented what is essentially a lottery system for 160 of its selective high schools— known as “screened” high schools—in the name of equity. The selection process is not as purely random as Lowell’s, but it still involves a complicated system in which students are sorted into four (quite broad) academic tiers; students in higher tiers get priority in admissions, but the inevitable surplus of applicants results in a lottery by tier. When school admissions were announced in June 2022, enraged parents and students protested the decision at the city’s Department of Education headquarters. Nearly 30,000 students have left New York City’s public schools this year, some due at least in part to the new lottery. The pushback was so intense that David Banks, Chancellor of New York City schools, already considered scrapping the changes earlier this year and has created a task force to identify changes and alternatives for next year.

In Fairfax, Virginia, the board of the elite Thomas Jefferson High School voted to change its selective admissions policies in December 2021. Rather than evaluating students on grades and essays, the school would also consider a student’s “experience factors,” namely socioeconomic status. While the policy is nominally race-blind, it has resulted in a significant increase in admissions offers to Black and Hispanic students, and a significant decrease in Asian students admitted (the percentage of white students admitted has not changed). The backlash, which included the formation of advocacy groups, protests on campus, and heated online debates, was so intense the courts had to get involved. A federal judge described the changes as motivated by “racial balancing,” which is illegal, but the Fourth Circuit Court of Appeals disagreed, allowing the “experience factors” to stay. An advocacy group opposing the new admissions policy filed a petition to temporarily reverse the appeals court’s decision, but it was denied by the U.S. Supreme Court, leaving the new policy in place.

A group of parents is currently suing the school district in Montgomery County, Maryland over its changes to lottery admissions. Several schools in Philadelphia and Boston announced in early 2022 that they would be moving away from merit-based admissions. The specific reforms may differ from city to city, but the results are always the same: more Black and Latino and fewer Asian and white students in elite public schools.

Equity reformers argue that the status quo for these schools is not merit-based. They say the criteria used in admissions, especially standardized tests, tend to favor students from privileged families. These students often attend better schools (both public and private) and their families can afford tutoring, test preparation, and other outside help. As a result, equity supporters say some students of color with potential are overlooked while other students are only accepted because they were boosted by privilege. This is luck, not merit.

Merit advocates often agree that the system has led to some unfair outcomes. But, as The Wall Street Journal’s Jason Riley argues, “the cure is clearly more meritocracy, not moving back in the direction of what it replaced.” Riley and others argue the solution would be finding ways to make the tests or other admissions criteria more accurate at identifying talent regardless of income or race, rather than abandoning elite schools altogether.

But when it comes to gifted and talented programs, the goal for many racial equity activists appears to be abolition rather than reform.

Like selective schools, gifted and talented programs enroll white and Asian students at disproportionately high rates. And like selective schools, parents and merit advocates support the exceptional outcomes they’ve proven to provide, even though the programs could be tweaked to more fairly distribute those outcomes. Many equity advocates have disavowed gifted and talented altogether, such as Seattle NAACP leader Rita Green who called it “fundamentally flawed” and “inherently racist,” and called for it to be “just abolished. Period.”

Officials across the country started acting on these calls in 2021. The Seattle school board removed testing requirements to enter their gifted program, and were just one vote short of abolishing it altogether. Boston announced a “temporary suspension” of their program after Covid. And New York City began to phase out gifted and talented entirely, only to back down as a result of protests and uproar. Over two-thirds of New Yorkers supported gifted and talented programs according to a June 2022 poll. And now, Mayor Eric Adams has actually expanded the program, adding more seats and ensuring it is offered in every district in the city.

So far, the public debate between merit and equity has taken place mostly at the local level. Equity reforms have come from local school boards or mayors, and the pushback has come from their constituents. But two forthcoming Supreme Court cases could reshape the entire debate.

This October, the Supreme Court will hear challenges to the use of race in admissions at Harvard and the University of North Carolina. While the Court has long defended racial diversity as a legitimate interest for public universities, observers expect the Court’s strong conservative majority to roll back “affirmative action” this time around. How far the ruling will go is unknown, but some legal experts predict the decisions will affect public K-12 education. Some K-12 groups have even filed briefs in the Supreme Court cases, including the National School Boards Association in favor of using race in admissions and Parents Defending Education (a conservative education advocacy organization) against it.

Ideally, a judicial review of the merit and equity debate will reveal what is too often neglected in the political arena: both sides have a portion of the truth. The public may agree that specific changes go too far in the name of equity, such as abolishing gifted and talented or implementing pure lottery admissions; but they still value diversity in education and opportunity for all students. Recall elections and protests that result in a return to the status quo miss the nuances of such a societally important question: what is the purpose of education, and how do we achieve it?

Two Supreme Court decisions about higher education likely won’t solve the merit and equity debate on their own. Subsequent cases will likely be necessary, and local political processes will continue to implement or reject different approaches to equity and merit as public attitudes develop. While Americans will never be in complete agreement about these issues, we have to find a broadly acceptable consensus—one that does not sink trust in the school system or cause electoral turmoil.