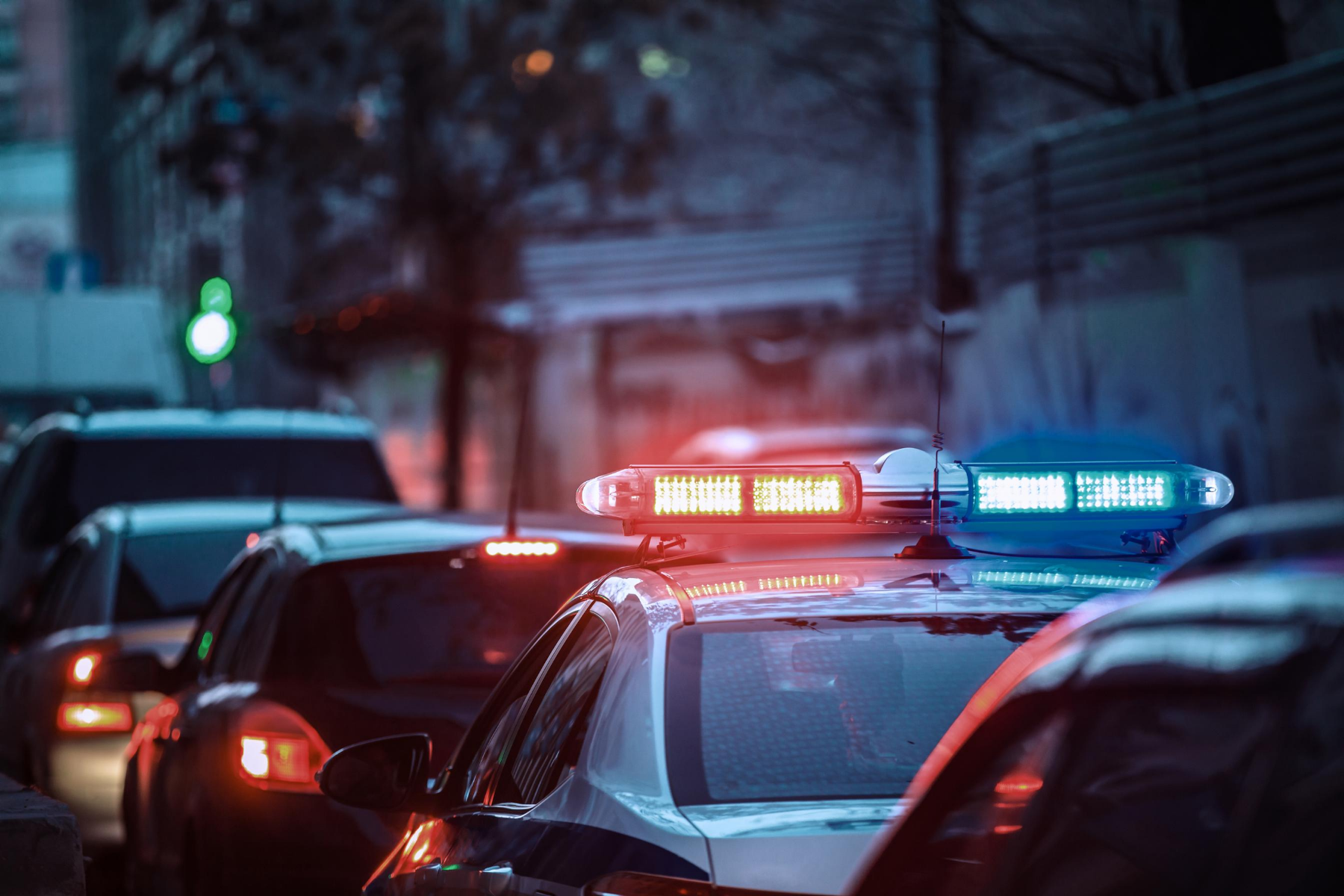 The killing of George Floyd by a Minneapolis police officer on May 25, 2020 brought issues of race and policing to the forefront of national debate.

In the months since, a broad, bipartisan consensus has emerged that policing practices need reform, particularly in regard to policing in minority communities. And yet, Congress has been unable to coalesce around a reform package, with Senate Republicans and House Democrats aligning behind different proposals that don’t appear close to reconciliation.

Election-year politics undoubtedly explains part of the gridlock. But so too does a fact that might surprise most Americans.

For all the attention on policing, we simply don’t have good enough data on how it is actually practiced in communities across the country. Right now, there are no national transparency requirements for police departments, which would provide a more complete picture of how police departments operate.

In the absence of a national standard, accountability and transparency policies vary widely across states and individual police departments. Comprehensive datasets related to the use of force, officer misconduct, and the use of certain police tactics like no-knock warrants are often unavailable because the collection and reporting of this data is not required by law. Even police departments that do collect data and share it with the public often vary in terms of the exact types of data they collect.

In other words, a lack of transparency, and a lack of consistency where transparency does exist, make it especially difficult to analyze the efficacy of certain policies that could potentially be implemented at a national level.

Use of force data collection

But how often is excessive force used? We don’t really know. The Death in Custody Reporting Act (DCRA), signed into law in 2014, requires police departments to report comprehensive data on all police-involved civilian deaths. However, the DOJ has not executed the mechanism of enforcement specified in the law—a ten percent loss of law enforcement grant funding for noncompliance. As such, many law enforcement agencies have not yet submitted any data. Even if this law were enforced, it would still leave unreported other non-fatal encounters that are important to understanding how often excessive force is used.

In 2016, the DOJ announced its plans to create an online data collection portal through the Federal Bureau of Investigations (FBI) which would facilitate reporting and move in the direction of compliance with DCRA. Finally launched in January 2019, the National Use-of-Force Data Collection takes the DCRA a step further in collecting data surrounding both fatal and non-fatal encounters. Non-fatal encounters include events in which a civilian experiences “serious bodily injury” in custody or, in the absence of injury, a law enforcement officer discharges a firearm in the direction of another person. But participation in this project is voluntary, and only about 40% of law enforcement agencies submitted data in 2019.

If the FBI expanded the breadth of data it wanted to request, they’d find many departments don’t have the information on file. Most departments have policies that require officers to file a report each time a firearm is discharged, but much less common are policies that go one step further and require officers to report each time a firearm is drawn, even if it is not discharged.

A 2017 study by political scientists Jay Jennings and Meghan Rubado found that departments whose officers were required to file a report each time they drew a gun—whether they fired it or not—had significantly lower rates of fatal police shootings than departments without this policy in place. A study by Campaign Zero, a nonprofit aimed at reducing police violence, reached similar conclusions. They found that comprehensive use of force reporting—which includes threats or attempted use of force, including drawing a gun—resulted in a 25% reduction in police-involved killings per population.

While these department-level policies do not explicitly mandate that these reports be made public, some police departments do publish this data online. The Seattle Police Department, for example, reports all use of force incidents in a public database and categorizes them as Type I, II, or III. Pointing a firearm is considered a Type I use of force, which is described as a use of force likely to cause “transitory pain or disorientation.”

Before he was charged with second-degree murder in the killing of George Floyd, Minneapolis police officer Derek Chauvin was the subject of 17 misconduct complaints. He was involved in a police brutality lawsuit, he was reported as using derogatory language with the public, and at one point in his career, he critically wounded a suspect with a firearm. The only discipline he received came in the form of two letters of reprimand, and the public only became aware of Chauvin’s history after Floyd’s death.

Scenarios like this one are not uncommon in the U.S. Police union contracts often contain provisions that protect officers’ disciplinary records from being publicized. By eliminating public scrutiny, provisions like these have allowed complaints to be swept under the rug—and problematic officers to keep their jobs. In other cases, some contracts can allow for departments to expunge misconduct records after a certain period of time. This type of provision has allowed officers with a tendency for overly aggressive behavior to be re-hired at different police departments that had no knowledge of this behavior.

In a 2016 report, the Chicago Police Accountability Task Force found that, between 2011 and 2015, 40% of all misconduct complaints were never fully investigated. Only 7% of complaints resulted in disciplinary action, and arbitrators either reduced or eliminated disciplinary action in 73% of those cases.

There is no federal law requiring police departments to collect and publicly share officer misconduct records. State laws do address the issue, and about half of all states require some degree of public reporting. But the rest either make personnel files exempt from public disclosure or explicitly require this information to be kept confidential. Following George Floyd’s death, New York Governor Andrew Cuomo signed a legislative bill to repeal Section 50-a, New York’s confidentiality mandate.

In response, New York City’s police union denounced the repeal as a dangerous breach of privacy. Union president Patrick Lynch wrote in a statement, “The unfettered release of police personnel records will allow unstable people to target police officers and our families for harassment or worse. A dangerous cop-hater only needs a police officer’s name, linked to a few false or frivolous complaints, to be inspired to commit violence.” However, this sentiment does not necessarily reflect that of the broader law enforcement community.

In a forthcoming Cardozo Law Review article, University of St. Thomas legal scholars Rachel Moran and Jessica Hodge surveyed police chiefs and sheriffs in 12 states that allow public access to police misconduct records. More of the surveyed administrators found police misconduct transparency beneficial than harmful. Those who voiced their support for transparency listed accountability and the promotion of public trust in law enforcement as major benefits, while those who opposed it overwhelmingly cited reputational damage and embarrassment—rather than harassment or violence from the public—as harmful consequences.

Although not all misconduct reports filed by citizens are substantiated, aggregated police misconduct records have allowed for the detection of broader patterns of abuse. In a department where most officers receive very few complaints, for example, an officer with 20 misconduct complaints on his or her record should raise a red flag.

After midnight on March 13, 2020, 26-year-old African-American emergency medical technician Breonna Taylor and her boyfriend, Kenneth Walker, were in bed when they heard someone force their apartment door open. Fearing for their safety, Walker fired his gun at the suspected intruders, injuring one of them. They fired back, and eight shots hit Taylor, killing her instantly. The suspected intruders were, in fact, three Louisville Metro police officers executing a “no-knock” warrant on suspicion that illegal drugs had been shipped to the apartment. No drugs were found.

A no-knock warrant is a warrant signed by a judge allowing law enforcement officers to enter a suspect’s residence without giving prior notice or announcing their arrival. Use of this type of warrant became widespread during the War on Drugs in the 1970s and 1980s, and the rationale behind its use is that, in certain cases, an announcement of presence by police officers would give suspects time to either destroy any evidence of drugs or locate a weapon. In practice, this type of warrant can be dangerous for officers and suspects alike, and can end tragically as it did in the killing of Breonna Taylor.

Brandon L. Garrett, director of the Center for Science and Justice at the Duke University School of Law, told Rolling Stone he “strongly believe[s] that far more careful scrutiny is needed on how these no-knock warrants are used in practice. They should be used rarely and only with very, very strong support.”

House Democrats attempted to ban the use of no-knock warrants in the recently passed George Floyd Justice in Policing Act of 2020, while Senate Republicans pushed for mandatory reporting each time this type of warrant is executed in their JUSTICE Act. Members of both parties believe that there should be significant limitations on the use of no-knock warrants, and data collection would be a necessary first step in determining exactly how far those limitations should go.

In 2020, Congress can and should pass a bipartisan policing reform bill that does more than just improve information reporting on policing practices.

But getting better data is something that simply must be done immediately to give policymakers the tools to make the best decisions in the years ahead. Congress could require all police departments wishing to remain eligible for federal grants to submit to the federal government a dataset that includes:

For each of these three categories, departments should be required to include the demographic information of all officers and citizens involved (e.g., race, age, gender) and specific information about the circumstances of the incident. These datasets would be aggregated in one publicly accessible database like the FBI’s National Use-of-Force Data Collection. As an alternative to identifying officers by name, each officer could be assigned a numerical code to ensure some level of privacy. The online database could allow for visitors to sort all incident reports by police department and by officer code for the easy detection of outliers. The officer code would be consistent across all three reporting categories, so it would be easy to see, for example, if an officer with a disproportionate number of misconduct complaints was also especially prone to using physical force. To facilitate compliance among smaller departments lacking the resources necessary for extensive data collection and reporting, Congress could offer compliance assistance grants similar to those described in the JUSTICE Act.

This national database is a small but essential step to improve police accountability, prevent bias, and promote the spread of best practices to departments nationwide.