How Do We Sustain Historic Emissions Reductions Once the Lockdowns Lift? 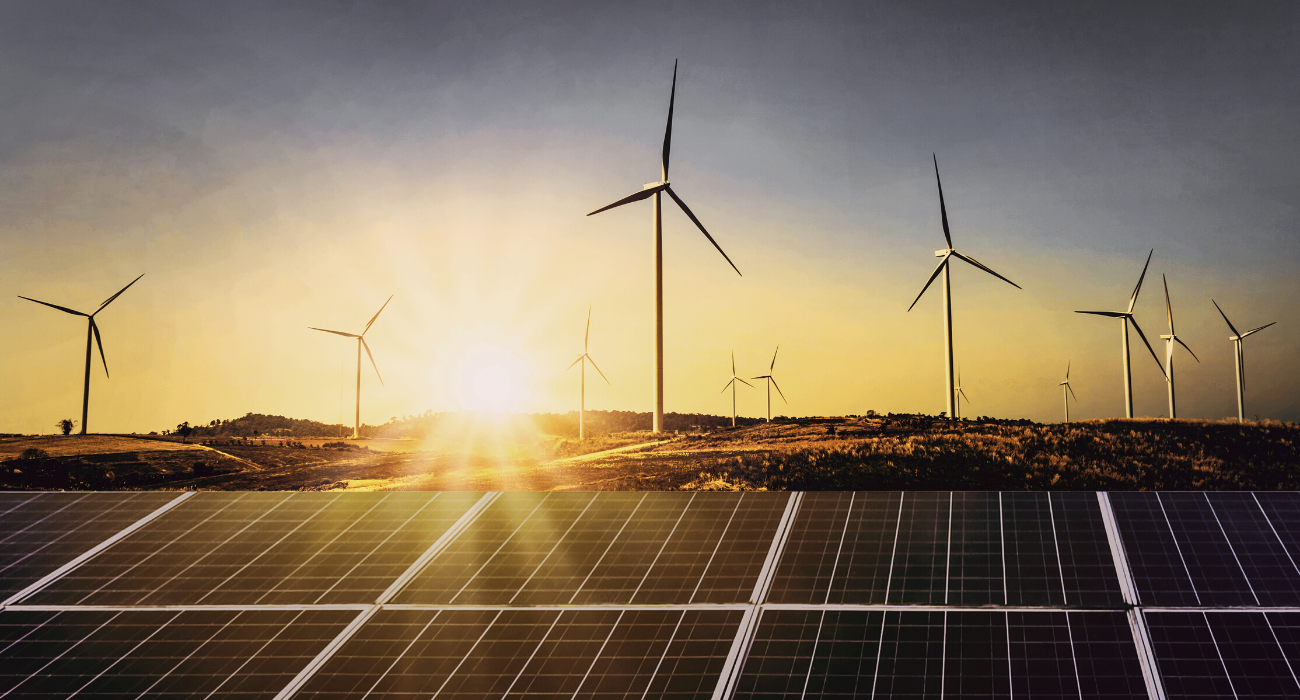 In 2019, the United Nations Environment Programme (UNEP) reported that “unless global greenhouse gas emissions fall by 7.6 percent each year between 2020 and 2030, the world will miss the opportunity to get on track towards the 1.5°C temperature goal of the Paris Agreement.”

It used to be difficult to conceptualize what kind of global commitment was necessary to achieve these emissions reductions. But in the age of COVID-19, the scale of this commitment has become clear. In fact, according to the International Energy Agency (IEA), 2020 emissions are expected to fall by eight percent compared to 2019.

In other words, it took a worldwide economic lockdown to achieve the scale of emissions reductions that the U.N. says are needed for the next decade. However, as noted by foreign policy academic Walter Russell Mead in a recent Wall Street Journal column, “most of the measures that led to the drop in emissions aren’t economically sustainable.”

So what might an economically sustainable approach to emissions reduction look like? This New Center issue brief has some ideas on where to start, and explores how environmental and energy policy and politics are shifting during this historic pandemic.

The U.S. Environmental Protection Agency (EPA) considers various human activities to be “responsible for almost all of the increase in greenhouse gases in the atmosphere over the last 150 years.” According to ClimateWatch data from the World Resources Institute, this ever-increasing human activity emitted 49.8 billion metric tonnes of greenhouse gases (GHG) into the atmosphere in 2016. GHGs include carbon dioxide (CO2), methane (CH4), nitrous oxide (N2O), and fluorinated gases (F-gases). Sectors that contributed the most to total GHG emissions in 2016 were electricity and heat (30%), transportation (15%), and manufacturing and construction (12%). These sectors, in turn, were the most heavily affected when governments instituted lockdowns in early 2020 to battle the COVID-19 pandemic.

While lockdown measures vary by country, they generally constitute some combination of stay-at-home orders, travel restrictions, and business closures (with exceptions made for those providing essential services). According to the International Energy Agency’s (IEA) Global Energy Review 2020, in Q1 2020, global road transport activity declined by 50% and global aviation activity declined by 60%, compared to the 2019 average. Electricity demand also took a hit, with a 20% decrease during full lockdowns.

According to the IEA, its projection of an eight percent emissions decline in 2020 “would be the largest ever, six times larger than the previous record reduction of 0.4 Gt in 2009 due to the financial crisis and twice as large as the combined total of all previous reductions since the end of World War II.”

These reductions are not expected to last long, however; the EIA predicts that energy-related CO2 emissions will increase again by five percent in 2021. And according to a May 2020 study in Nature, global emissions will soon start rising once again too.

Reductions in Electricity Demand and Consumption

On average, the IEA found that “every month of full lockdown reduced [electricity] demand by 20% on average, or over 1.5% on an annual basis.” Italy, which experienced one of the deadliest COVID-19 outbreaks in Europe, experienced close to a 30% reduction in electricity demand just 30 days into their full lockdown. Overall, the IEA predicts that by the end of the year, global electricity demand will have decreased by five percent.

In the United States, electricity consumption will have decreased by 5.7% in 2020 compared to 2019 consumption levels, according to EIA estimates. The commercial sector is expected to experience the highest decline (9.1%) followed by the industrial sector (6.7%) and residential sector (1.5%). The summer months in particular are expected to feature historic declines in consumption, with the EIA predicting “U.S. electricity demand to total 998 billion kilowatthours this summer (June through August), the lowest level of summer electricity consumption in the United States since 2009 and 5% less than last summer.” Before the COVID-19 crisis, natural gas and renewables accounted for a growing share of American energy consumption at the expense of coal and nuclear. The EIA expects this trend to continue in 2020.

Relaxing of Environmental Rules and Regulations

In recent months, the Trump administration has loosened or eliminated several environmental rules and regulations, which it believes necessary to help companies and industries recover from COVID-19 lockdown measures.

On March 26, the Environmental Protection Agency (EPA) announced it will stop seeking penalties for facilities that are unable to comply with the agency’s emissions enforcement, monitoring, and reporting requirements. Facilities seeking this enforcement discretion will need to meet certain general conditions, including making good-faith efforts to comply with existing environmental regulations.

If they cannot comply, they must do their best to minimize their environmental impact, document noncompliance, and take steps to return to compliance as soon as possible. The enforcement discretion policy does not apply to criminal violations of the law, nor does it apply to activities carried out under Superfund programs, RCRA Corrective Action Cleanup Enforcement, or pesticide product imports. The EPA has no set end date for the policy, but emphasizes that facilities are expected to return to full compliance once the policy is no longer in effect.

In response to the EPA’s COVID-19 enforcement discretion policy, nine states—New York, California, Illinois, Maryland, Michigan, Minnesota, Oregon, Vermont, and Virginia—filed a complaint against the EPA in the United States District Court for the Southern District of New York. In the complaint, states claim that the policy: (a) exceeds EPA’s authority; (b) was adopted arbitrarily and capriciously without regard for public health; (c) runs contrary to EPA’s responsibility as a primary enforcement authority; and (d) was issued without a usual notice-and-comment review period.

While the Trump administration has described laws like NEPA as causing “unnecessary regulatory delays,” previous New Center publications have noted that there is little evidence to support or reject this claim. A Government Accountability Office (GAO) report from April 2014 determined that there was minimal data available from federal agencies on how many NEPA analyses—including what different types—are being conducted, as well as the costs and benefits of completing them.

This imbalance is reflected in macro-level global energy investment trends. According to the IEA, in the years running up to 2015, global investments in clean energy and efficiency were on the rise. Since then, they have hit a plateau, and are expected to take a hit in 2020 as total global energy investment is projected to decline by 20% compared to 2019 levels. Stagnant trends in investment, now exacerbated by a global pandemic, led the EIA to conclude: “a flat trend of spending since 2015 is far from enough to bring a lasting reduction in emissions.”

Where Do We Go From Here?

Although the world will reach the U.N. emissions reduction targets for 2020, it will do so through economically ruinous lockdown measures that no one hopes we have to repeat in the decade ahead. How, then, could the United States contribute its share of global emissions reductions? The only answer is through investing in, innovating, and deploying diverse technologies that contribute to a cleaner energy system.

In 2018, the Department of Energy received $15 billion for energy research and development (R&D) and related activities. These funds went toward advancing work on nuclear energy technologies, reactor concepts, renewable energy resources, carbon capture, advanced energy systems, and electricity efficiency. Of that $15 billion, ARPA-E (the Advanced Research Projects Agency-Energy)—which funds some of the most ambitious and cutting-edge energy research—only received $353 million. The American Energy Innovation Council—a project of the Bipartisan Policy Center—recommended that the budget for ARPA-E should be at least tripled to over $1 billion per year.

Although this would represent a significant funding increase, it would still pale in comparison to the amount the U.S. government spends on defense R&D. In 2018, the Department of Defense spent $805 billion, $93.5 billion of which was for RDT&E (research, development, test, and evaluation).

With increased funding, the Department of Energy would be able to explore and invest in several possible breakthrough energy technologies, like carbon capture and storage, energy and battery storage, and next generation and modular nuclear reactors.

The COVID-19 outbreak has America mired in the worst economic and employment crisis since the Great Depression, which makes any effort to raise taxes even harder politically than usual. But it remains the case that putting a price on carbon could send a powerful market signal to entrepreneurs and innovators that clean energy technologies are a worthy investment, and would likewise send a signal to polluters that their emissions come with a price tag.

Rather than prolonging or increasing tax credits that benefit only specific clean energy technologies like solar and wind, next-generation tax credits should be designed to favor promising, emerging technologies over maturing ones. By developing a system where tax credits are awarded based on whether they work towards the goal of achieving a low carbon power system, any clean energy technology that meets certain functional goals of decarbonization would be eligible to receive the credit.

For all the promise and progress of renewable energy sources like wind and solar, they still only account for 17% of America’s electricity generation due to their intermittency, low storage capabilities, land requirements, and reliance on rare earth minerals. Nuclear power remains the one low-carbon power source capable of producing massive quantities of energy to complement other renewable sources, and it deserves attention and action from Congress.

A price on carbon, for example, would make market conditions conducive to preserving America’s current nuclear fleet while opening the door to further development with a focus on deploying small modular reactors. Increased investments in Department of Energy projects and initiatives such as the “Advanced SMR R&D Program,” the “U.S. Industry Opportunities for Advanced Nuclear Technology Development”, and other programs could spur technological innovations that could make nuclear energy even more safe, reliable, and profitable, such as advanced reactors and fuels.

But advancing nuclear energy cannot stop at our country’s borders, and neither should our commitment to cutting global emissions. While undertaking more contracted nuclear construction projects will provide the U.S. with an edge against an increasingly competitive Russia and China, exporting nuclear power will also help other countries contribute to the global goal of necessary emissions reductions.