K-12 Education: What Happened to the Bipartisan Consensus on Charter Schools? 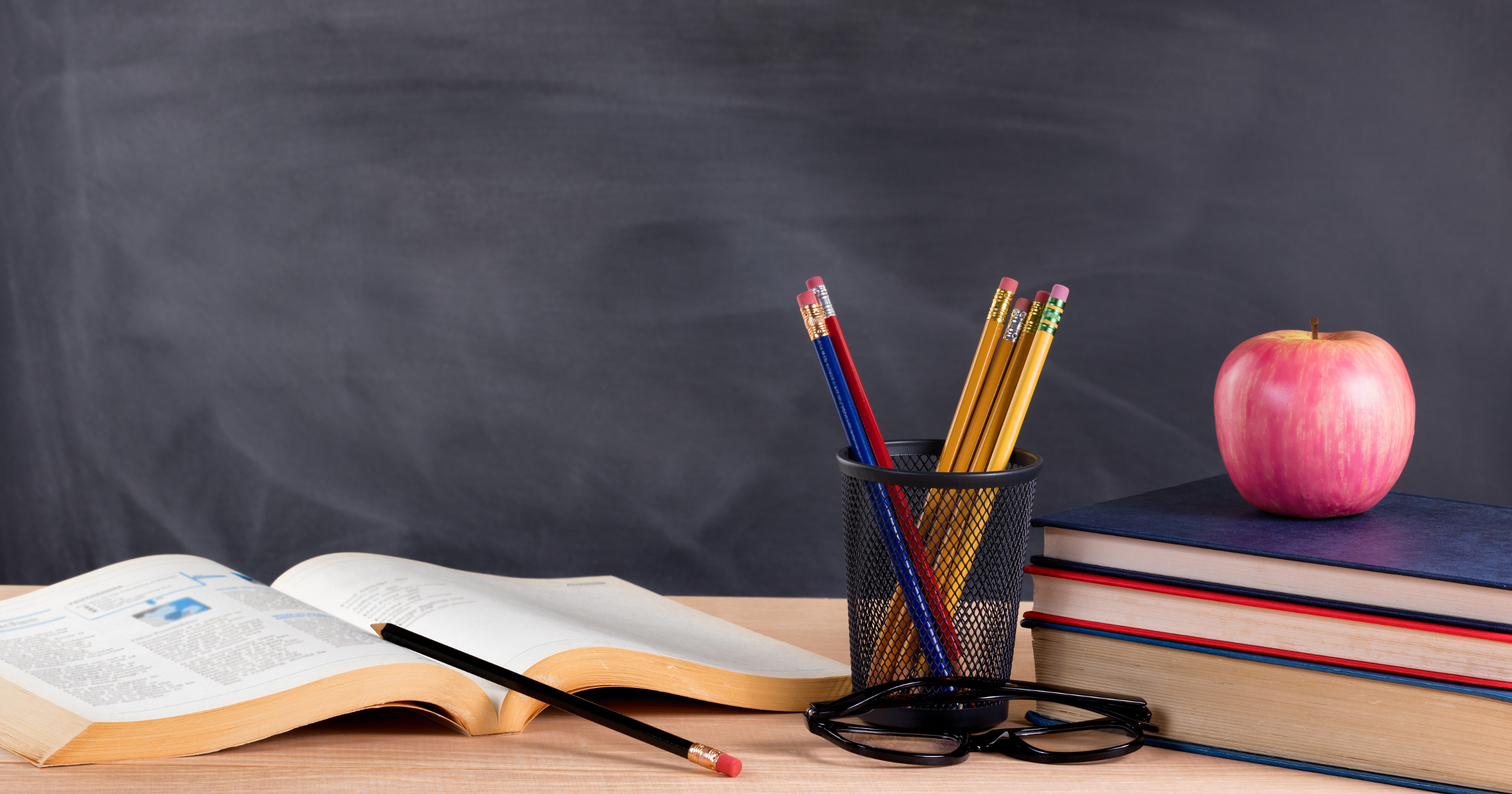 The shift to online learning as a result of COVID-19 has disrupted the education and development of millions of children. But even before the pandemic, an unconscionable number of American students were falling behind.

In the last two decades, America has made no progress in closing the academic achievement gap between high- and low-income students, and we’re falling behind our peers internationally.

Of the 78 countries that administered the Programme for International Student Assessment (PISA) exam, which tests high school students in math, science, and reading, the U.S. ranked 25th in 2018. Average scores among American students have not improved in over a decade.

But these topline numbers obscure both a more hopeful and depressing reality. Most American schools are actually doing well and effectively preparing students for college and beyond. But a minority of our schools are catastrophically bad, dragging down America’s overall test scores—but, most importantly, consigning millions of kids to diminished futures.

How can we improve outcomes for students at chronically underperforming schools, many of which are located in urban areas? As discussed in the first installment of our K-12 education series, the implementation of smarter funding practices is one part of a multi-pronged solution. But another equally important piece involves offering students stuck in struggling schools an alternative to the traditional public school system. This will require restoring the bipartisan consensus—which has fallen apart in recent years—that charter schools have an important role to play in complementing traditional public schools and improving educational opportunities and outcomes for kids.

What is a charter school?

A charter school is a public school (tuition-free and funded by taxpayers) that operates independently under a charter—a contract outlining the school’s mission, goals, schedule, and methods of instruction and assessment. Depending on the state, charters may be granted, or authorized, by state boards of education, local school districts, state commissions, or private entities.

The charter school concept was first conceived in the 1970s by an educator named Ray Budde and began to receive attention in the wake of a landmark 1983 U.S. Department of Education study that warned of a “rising tide of mediocrity” in U.S. schools.

The appeal of charter schools is due in part to their ability to experiment in ways traditional public schools cannot—by extending the school day or altering the curriculum, for example. But, for charter school administrators, more autonomy can come with extra accountability—a charter school may be shut down if it does not meet the performance standards set forth in its charter. Amid continued failures at too many traditional public schools, the appeal of charters has continued to grow, and demand is outpacing supply. About 3.3 million American students attend charter schools, and according to the National Alliance for Public Charter Schools, there are approximately 5 million more on charter school waiting lists. When a charter school cannot accommodate everyone who wishes to attend, it typically conducts a random lottery to fill its seats.

Charter schools on the merits

In 2016, Massachusetts voters were presented with a ballot initiative that would have raised the cap on the number of new charter schools permitted to open each year. A Brookings study published two months before the vote examined the differences in student achievement between Boston charter school students and their traditional public school peers. The public school students studied were ones who wished to attend charter schools but were not selected in the school’s random lottery—a method employed to avoid any selection bias.

The researchers found that the charter school students performed significantly better than their public school peers on math and language arts tests as well as the SAT. The charter school students were also significantly more likely to attend a four-year college. As a result, they wrote, “Massachusetts’ charter cap currently prevents expansion in precisely the urban areas where charter schools are doing their best work. Lifting the cap will allow more students to benefit from charter schools that are improving test scores, college preparation, and college attendance.” Despite this, the ballot initiative failed to pass by a vote of 37% to 60%. The Massachusetts cap, which allows charter schools to enroll no more than 4% of the state’s student population, remains in place today.

Presidents George W. Bush and Barack Obama both championed charter schools as part of their broader education reform initiatives. President Bush’s No Child Left Behind Act of 2001, which was based on the idea that setting high accountability standards could improve student outcomes, permitted states to replace underperforming public schools with charter schools. President Obama’s Race to the Top grant program incentivized the enactment of state- and district- level education reforms. Grant money was awarded to states or districts that enacted charter school expansion policies, among other reforms. During both the Bush and Obama administrations, charter school enrollment grew exponentially.

But in recent years, Democrats have distanced themselves from the charter school movement in response to opposition from teachers unions, which often argue that charter schools divert resources from traditional public schools. But public funding for both traditional public schools and charter schools is allocated on a per-student basis. In addition, some states even reimburse public schools that lose students—and therefore funds—to charters. Charter school critics often suggest that too many lack accountability standards. And while there have been a few well-publicized cases of mismanaged charters, these problems have been much more likely to occur in a select few states that have done a poor job defining—and enforcing—clear standards for their charters.

Republicans, on the other hand, have traditionally supported the broader “school choice” movement, which favors programs like charter schools and state-funded vouchers that low-income families can use to send their children to private or religious schools. Both programs represent alternatives to traditional public schools, but they don’t have much in common beyond that. Students attending charters schools tend to show better outcomes than students attending private or religious schools funded by vouchers, but as the polling cited earlier suggests, much of the public has started to conflate charters and private or religious schools as one and the same. And in recent years, the preferences of Republican leaders have skewed in favor of vouchers at the expense of charter schools. In 2020, President Trump proposed cuts to federal charter school funding, some of which would be redirected to fund a school voucher tax credit program.

Charter schools can, in theory, be shut down if they do not meet certain performance standards. But is this happening in practice? It depends on who is in charge.

Like traditional public schools, the quality of charter schools can vary. But there is growing consensus that the most important determinants of charter school quality are the authorizers—those who grant charter school licenses and decide whether to renew or terminate contracts. According to New York magazine columnist and charter school advocate Jonathan Chait, “weak and lethargic authorizers tend to have the lowest-performing charter sectors. And authorizers with a heavy hand, armed with quality data about student achievement, attendance, and reenrollment, produce outcomes that are consistently excellent.”

In some states, independent or government bodies (state boards of education, for example) oversee charter school authorizers and set authorizing standards. In others, these bodies are responsible for all authorizing decisions themselves. And in the rest, a patchwork of authorizers with varying standards and levels of expertise are in charge.

Charter Schools at the Crossroads, a book outlining the history of the charter school movement, discusses one reason why charter schools in Ohio, for example, have struggled in the past: “Ohio was notorious for allowing all manner of nonprofit groups (as well as districts and the Ohio Department of Education) to authorize schools. Anyone wanting to start a school could “shop” among this profusion of potential sponsors.”

The American education system isn’t working for our most vulnerable students. Charter schools, especially those in urban areas, have proven to be effective in preparing students for the future. Most importantly, millions of students and families want to attend them but are stuck on waiting lists and in schools that are failing them. This is not acceptable.

Policymakers at all levels should work toward ensuring a significantly higher number of students who wish to attend a charter school have the opportunity to do so. But this goal can only be met if states remove obstacles in the way of charter school expansion.

For any Democrat or Republican in Washington interested in a compromise that would expand educational opportunities for children while also holding charters accountable for meeting high standards, there is a principled tradeoff to be made.

Through the Department of Education’s Charter Schools Program, the federal government could establish a grant to be awarded to any state that:

Meanwhile, more states should take the same steps on their own. Charter schools have proven to be effective, and millions of kids are on waiting lists hoping for the opportunity to attend them. Let’s give American families what they so clearly want.