How Close are We to a Global Tax Plan? 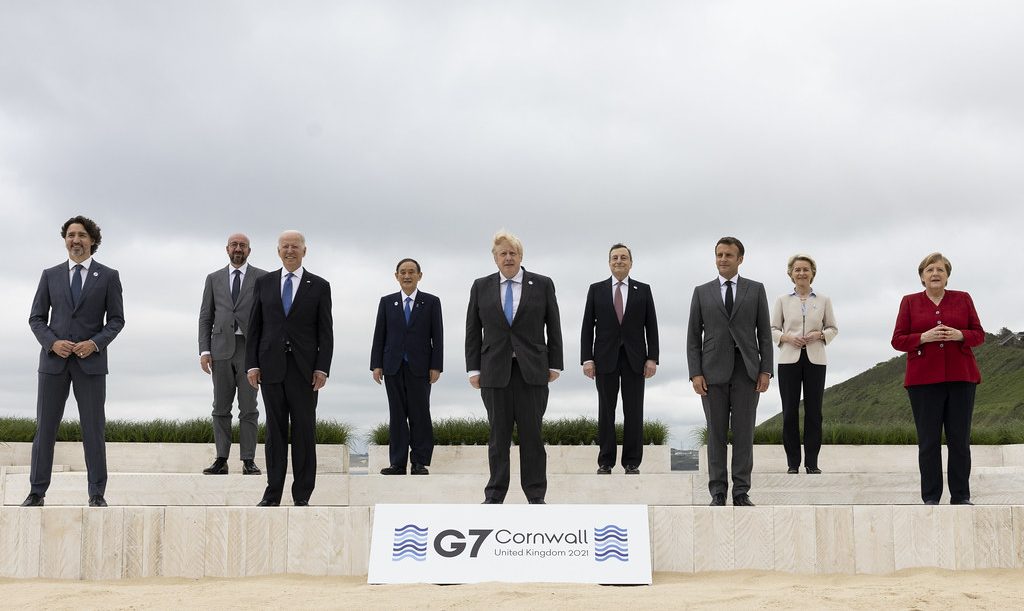 During a Group of Seven (G7) meeting on June 5, 2021, economic and finance officials from Canada, France, Germany, Italy, Japan, the United Kingdom, and the United States agreed to back a new global minimum corporate tax rate of at least 15% on companies worldwide. They also agreed to collect taxes on some of the profits made by multinational companies within their own countries, regardless of the location of the company’s headquarters. It’s both an effort for governments to raise more revenue and to end a practice that some critics describe as a “race to the bottom,” in which countries offer lower and lower effective tax rates to bring in the business of large multinational companies.

But there is a long way to go for this announcement to turn into a new binding global tax regime. For starters, the G20 and the Organization for Economic Co-operation and Development (OECD) will be brought into negotiations on the agreement later this year, which will include more than 125 countries. It won’t be easy. Ireland, for example, has a 12.5% corporate tax rate (and an effective tax rate of less than 1%), which has helped it attract significant investment and tax revenue from companies such as Apple, Google, and Facebook. Ireland’s Finance Minister Pascal Donohoe has already indicated he will intensely push for a compromise in upcoming negotiations. Hungary, as well as some other central European countries, have stated they will not support the G7 tax agreement without substantial exemptions for domestic business activities. Future negotiations will hammer out the details of exemptions and other concerns, but in the end, other G20 countries certainly won’t have veto power. Adoption of the global corporate minimum tax rate by a majority of the largest economies could be enough on its own to make it the effective standard.

The greatest obstacle to adopting the global corporate minimum tax rate might lie in the legislatures of the G7 countries, including the U.S. Congress. As it stands, agreeing to this global tax reform would require an international treaty, and thus need to meet the constitutional requirement of support by two-thirds of the U.S. Senate. With several U.S. Senate Republicans already voicing their disapproval of the agreement, and no guarantee of Democratic control by the time an agreed treaty is up for a vote, it leaves adoption of the agreement in question. This has led Democrats to look for the possibility of adopting the agreement by means of budget reconciliation procedures, which only require a simple majority. The feasibility of this method is currently unknown. Chairman of the Senate Finance Committee, Senator Ron Wyden (D-OR), stated that “those are all questions that lawyers are now immersed in,” and that “there’s a lot of heavy lifting to do here” in order for the U.S. to adopt the new tax agreement. All of these hurdles for securing adoption of the agreement leave out the practical challenge of enforcement, which will need to be addressed for any effective deterrence in the use of tax havens. The recent G7 agreement, although significant, faces a long road ahead.