To End Mass Shootings, Focus on Both Perpetrators and Weapons 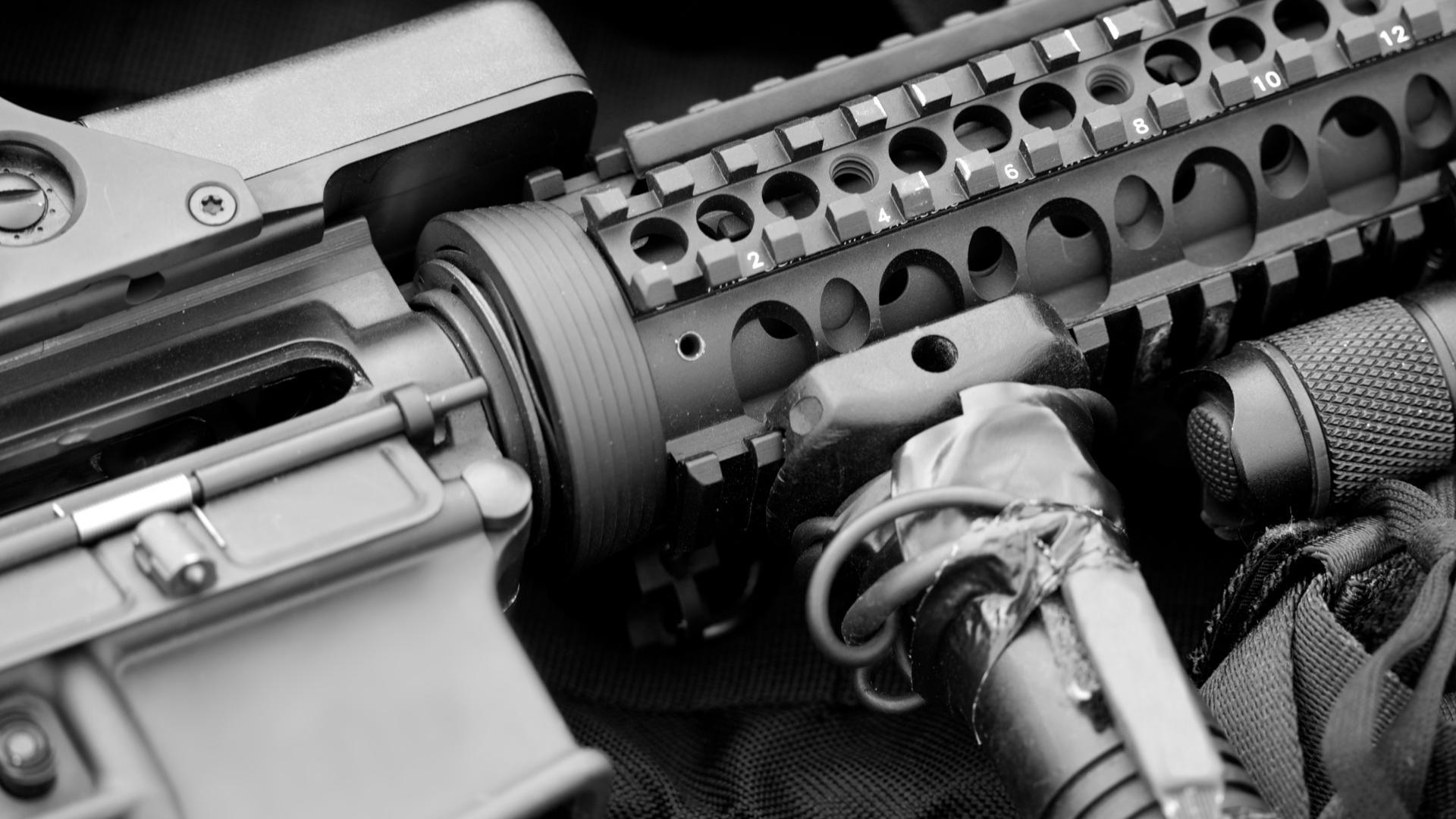 In the wake of two mass shootings—one at a grocery store in Buffalo, New York and another at an elementary school in Uvalde, Texas—the U.S. is again confronted with a heated debate about how to prevent such senseless acts of violence.

Most Americans agree that both mental illness and the ease of obtaining lethal weapons explain why these tragedies keep happening in the U.S. But once again, Washington seems unlikely to unify around a solution.

To prevent mass shootings, we must first agree on who is most likely to kill, and here the evidence is unambiguous: Individuals aged 18 to 20 are responsible for a disproportionate number of gun homicides.

It’s unsurprising, then, that most mass killers are mentally ill young men.

Most mass shooters would meet at least some of the conditions for a psychiatric disorder—just not necessarily a widely known, treatable mood disorder like major depressive disorder, bipolar disorder, or a psychotic mood disorder. These are the types of disorders policymakers or commentators typically refer to when they discuss mental illness in this context; but contrary to popular belief, these mood disorders explain just a small fraction of mass shootings (eight percent, according to a recent Columbia University study). An entirely separate, lesser-understood category of psychiatric disorders—personality disorders—is to blame.

Especially common among mass killers are traits associated with narcissistic, antisocial, and paranoid personality disorders, and many of the maladaptive beliefs and behaviors associated with these disorders can be observed in the warning signs (threats of violence, attention-seeking behavior, deception, callousness, and a lack of empathy, for example) the Buffalo and Uvalde shooters (and many others) exhibited prior to their crimes. And, while racism and xenophobia are not among the diagnostic criteria for any particular disorder, they should not be discounted as warning signs. One recent study found that several traits associated with narcissistic and antisocial personality disorders were strong predictors of prejudicial behavior.

Unlike those suffering from mood disorders, individuals with personality disorders are typically unable to recognize the problems with their beliefs and behavior patterns and therefore rarely seek treatment. And for the small number who do, cognitive behavioral therapy is exceptionally difficult because deeply-ingrained, maladaptive thought patterns are hard to reframe. In a worst-case scenario, talk therapy can even exacerbate narcissistic or antisocial behaviors because these individuals may see it as a game in which the objective is to manipulate the clinician. And further, there are no medications approved to treat any personality disorders. This distinction from mood disorders is crucial due to its policy implications: While improving access to mental health care is a valuable goal in itself, such an intervention would be unlikely to prevent many of these atrocities.

So what can be done? While there are a variety of factors that contribute to these horrific crimes (including racism and other extremist ideologies in many cases), the bottom line is that we must keep guns out of the hands of dangerous people. Because individuals who commit mass murder typically show warning signs of violence but are largely incapable of seeking help for themselves, the responsibility to intervene often falls on family members and others (such as friends, teachers, law enforcement officers, and psychiatric professionals) who have relationships with them. Many states give these individuals the ability to file an extreme risk protection order (ERPO) under what is known as a “red flag” law. An ERPO is a petition to a judge to temporarily remove guns from someone who displays alarming behavior indicating that they could be a danger to themself or others. If approved by a judge, the ERPO also prevents the individual from purchasing new guns for a period of time.

While many of the current red flag laws are effective, they have not proven to be a panacea in all of the states where they are operable. New York is one of the 19 states with a red flag law on the books, but the law failed to prevent the recent shooting in Buffalo. Despite the fact that the killer expressed his desire to commit a murder-suicide in a school assignment, he passed a psychiatric evaluation after insisting the threat was a joke he made so that he could get out of class (he revealed in an online post that this story was a lie). The details of the evaluation are unclear, but one thing that is certain is nobody—not a single teacher, school administrator, or psychiatric professional aware of the threat—sought out an ERPO following this incident. As for the shooting in Uvalde, Texas does not have a red flag law on the books at all.

In 2019, the U.S. Congress considered bipartisan legislation that would have established a federal grant program to encourage states to implement red flag laws, but it never passed. Congress should pass a similar law now, and each state and locality that enacts a red flag law should embark on an extensive informational campaign to educate school administrators, mental health and psychiatric professionals, law enforcement, and the public about what the law would entail, when it should be utilized, and how individuals may go about filing an ERPO petition. These campaigns should also emphasize the importance of taking violent threats and other concerning behaviors seriously, especially given that individuals who truly intend to commit violent acts are often skilled manipulators prone to lying about their motivations.

The Uvalde shooting has prompted bipartisan talks on red flag laws in the Senate, and conservative commentators have also begun to show support for such laws. One such columnist, David French, wrote in an op-ed, “in every one of the deadliest school shootings, the shooter exhibited behavior before the shooting that could have triggered a well-drafted red flag law.” This statement is accurate: A National Threat Assessment Center study of school shootings between 2008 and 2017 found that 100% of the perpetrators exhibited “concerning behaviors” before their attacks. Further, 83% made threats or shared their plans with others.

Although some gun rights proponents have warned against the possibility that red flag laws could be used to unfairly confiscate guns from individuals who do not pose real threats, these laws typically come with strong due process protections. After a petitioner files an ERPO, a judge must hear from both the petitioner and the respondent in court before making a decision, and gun confiscations do not come with any criminal charges for the affected individuals. It is crucial to ensure that all potential petitioners are aware of this procedure and the fact that there are no negative consequences for filing an ERPO petition in good faith (false petitions are, however, punishable by law in most states).

By now, most Americans are well aware that young men are the most likely demographic category to present an extreme risk. Both the Buffalo and Uvalde shooters were 18 years old at the time of their attacks. In fact, the rate of gun homicides among individuals aged 18 to 20 is about four times higher than that for individuals aged 21 and older. The “age-crime curve,” the observation that criminal behavior increases during adolescence and tapers off in adulthood, is one of the most consistent findings across studies on criminality over time. The reason is partially rooted in psychology. According to Dr. Howard Forman, a professor of psychiatry and behavioral sciences, “[t]he preponderance of young men engaging in these deadly, evil, and stupid acts of violence may be a result of brains that have yet to fully develop.”

This is the reasoning behind minimum age regulations for other activities that pose a danger to health and safety, such as drinking alcohol (21), buying cigarettes (21), or renting a car (typically 20 or 21, with extra fees for renters under the age of 25).

However, federal law allows individuals as young as 18 to purchase a long gun, including an assault rifle like the ones the Buffalo and Uvalde shooters purchased legally and used in their massacres. Some states (but not Texas or New York) have set higher age minimums for the purchase of long guns. Federal law regulates handguns, which are used in the majority of gun homicides, slightly more strictly—the minimum age to buy a handgun is 21.

If Congress really wanted to make it harder for dangerous young men to obtain deadly weapons, they could set a minimum age of 21 to purchase a firearm (with exceptions for those in military service). Although majority-conservative panels of judges have recently struck down such laws at the state level, the results of a recent Harvard-Harris poll (conducted prior to the Uvalde shooting, but after the Buffalo shooting) revealed that 76% of voters would support raising the minimum age requirement for gun purchases to 21.

Following the Uvalde shooting, Democratic Senator Dianne Feinstein called for the Senate to revisit the Age 21 Act, which she and former Republican Senator Jeff Flake had originally proposed in the wake of the Parkland, Florida shooting in 2018. Referring to the two most recent mass shootings, she wrote in a press release, “Both these teenage shooters would have been turned away at a bar. But they were able to walk into gun stores and legally purchase one of the most deadly weapons available.” Similarly, in the House, Representatives Anthony G. Brown (D-MD) and Brian Fitzpatrick (R-PA) have renewed calls to support the bipartisan Raise the Age Act.

The United States unfortunately has decades of data proving that young, mentally ill men are the most likely to engage in mass shootings. Two common-sense measures—enacting red flag laws and raising the minimum age to buy a gun—preserve the Second Amendment rights of law-abiding citizens, and most importantly, could preserve lives. Congress should act on both priorities now.