Is a Crypto Crackdown Coming From Washington? 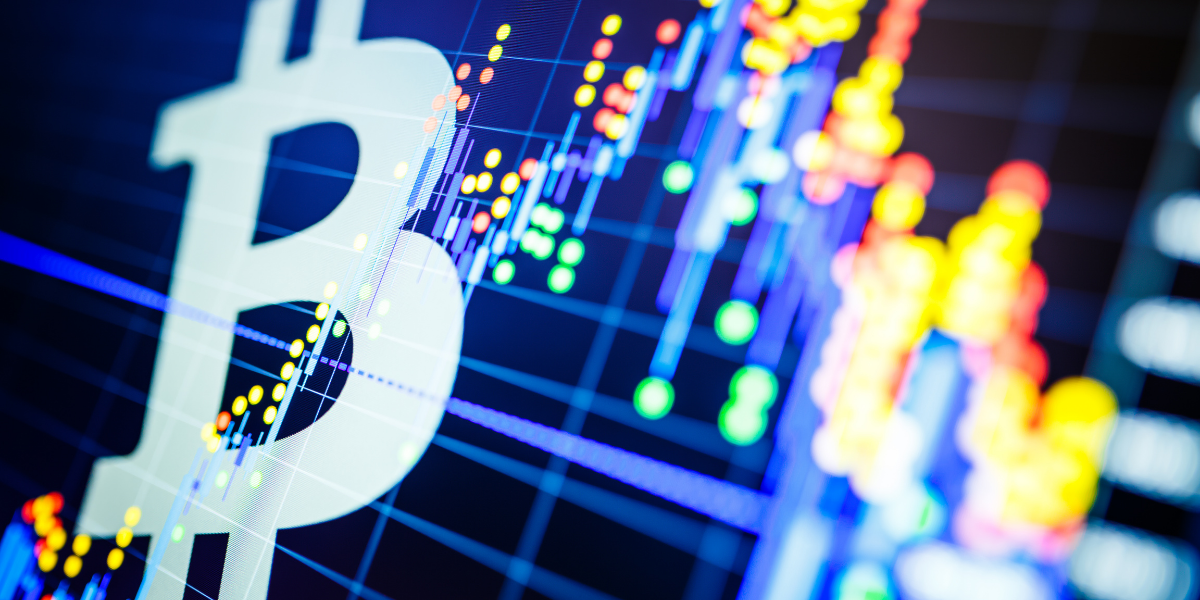 The State of Affairs

On May 19, 2021, a reckoning came for the wild cryptocurrency market, with Bitcoin and other crypto assets sinking as much as 40% in a matter of hours—a reminder of the risks of this volatile asset class. It came just weeks after Elon Musk appeared on Saturday Night Live to proclaim himself the “dogefather,” a reference to his regular boosting of the Dogecoin cryptocurrency, whose value had recently run up as much as 12,000% in 2021 alone.

Why does this all matter? Earlier this year, Bitcoin’s market cap approached 10% of the total value for all gold mined globally, and Dogecoin’s market cap exceeds that of Snapchat or General Motors. When an asset class gets this big, it tends to get Washington’s attention, but the U.S. still hasn’t created clear “rules of the road” for exchanges and investors. This primer discusses the state of cryptocurrency and a few major U.S. regulatory developments that could be on the horizon.

Bitcoin was created in 2008 following the global financial crisis by a pseudonymous developer (or group of developers) named Satoshi Nakamoto. It is considered to be the first “decentralized” cryptocurrency because it is not managed by a central bank, but rather, transactions are peer-to-peer, with every transaction recorded on a public ledger called the blockchain. This blockchain provides each user with a “public key” (a unique user code) to keep individuals’ identities confidential.

Cryptocurrency: Is It Decentralizing and Democratizing Finance or Doing the Bidding of Drug Traffickers? It Depends Who You Ask.

The Case For Crypto

“Bitcoin is one of the greatest technological advances that humanity has ever seen and it can make a bigger impact on society than any of us ever imagined.” — Tim Draper, Venture Capitalist

Crypto advocates suggest it can make global payments more accessible and affordable, and that it can cut out the middleman for a range of transactions. With a single credit card purchase, there can be five or more parties required to complete the transaction: Consumer, Merchant, Issuer, Acquirer, and Switch. For example, say you (the Consumer) buys a shirt from an online retailer (Merchant) using a card provided by Bank of America (Issuer).

Your transaction will be processed by Square (Acquirer), and Visa (Switch) will ensure that the funds are transferred from your account to the Merchant’s Square account. The large number of parties involved means that each transaction can come with a 2-3% transaction fee. Money can also take a long time to move from account to account, with transaction settlement times of up to two days. Since crypto transfers are peer-to-peer, transactions are often faster and cheaper than traditional credit card payments.

The security and privacy provided by cryptocurrency is an additional benefit which is supported by its underlying blockchain technology. Using a cryptographic key unique to each transaction, which is then validated and added to the public ledger, ensures that the system is technically tamperproof. Using cryptocurrency also provides greater confidentiality thanks to its use of digital addresses, which contain no other information about your identity. A new address can be used for each transaction, providing an additional layer of confidentiality. However, this only makes your personal information more secure, as there are still methods to link real-life identities to the public addresses of cryptocurrencies.

The Case Against Crypto

“Of course I hate the Bitcoin success. I don’t welcome a currency that’s so useful to kidnappers and extortionists and so forth, nor do I like just shuffling out of your extra billions of billions of dollars to somebody who just invented a new financial product out of thin air.” — Charlie Munger, Vice Chairman, Berkshire Hathaway

But crypto also has a few distinct issues. Not unlike cash, cryptocurrencies are popular among criminals because they provide relative anonymity to transactors. As a result, cryptocurrencies have gained a reputation as tools for discretely buying drugs and sex online, laundering money, and sponsoring terrorism. According to a 2019 RAND report, groups like Al-Qaeda, the Islamic State of Iraq and Syria (ISIS), and Hezbollah have used cryptocurrencies for drugs and arms trafficking, remittances, and operational funding.

Additionally, many cryptocurrency exchanges may not be as secure as once believed. According to a 2021 analysis from Traders of Crypto, nearly half of the largest cyber thefts of the past decade have involved cryptocurrencies. During the 2018 hacking of Coincheck, which would become the largest financial heist in history, more than $530 million was stolen from users with cryptocurrency stored in the exchange. Another famous example of this type of security failure comes from the hacking of Mt. Gox, which led to the company declaring bankruptcy in 2014. At the time, it was the leading Bitcoin exchange, handling 70% of all transactions worldwide. Mt. Gox announced that over 850,000 Bitcoin (valued at $450 million) belonging to customers was missing or stolen. In the majority of cases, the perpetrators of these heists are never identified, but a large portion of attacks have been traced back to North Korean-affiliated hackers (30%) and the Russian-speaking cybercriminal organization Silence Group (four percent).

In an unregulated environment with significant speculative interest, many cryptocurrency creators can use the opportunity as a “get rich quick” scheme and attempt to drum up interest through social media. When enough people have bought in, a cryptocurrency creator can “pull the rug out,” sell their shares, and leave investors with nothing. Similarly, copycat coins, such as Shiba Inu or Dogelon Mars, look to ride the wave of success of other cryptocurrencies or confuse potential buyers in order to make an easy profit.

Dave Portnoy, the founder of Barstool Sports, recently provided a clear example of this kind of risky speculative behavior. While announcing his endorsement of the cryptocurrency named SafeMoon, which rose 20% in the span of a few hours after posting his endorsement to Twitter, Portnoy stated that “he has no idea how this works” and “if it is a Ponzi [scheme], get in on the ground floor.”

The U.S. Securities and Exchange Commission is currently caught between warning consumers of crypto’s potential harms, while also debating the facilitation of its widespread adoption. In a statement released on May 11, the SEC cautioned investors to “consider the volatility of Bitcoin and the Bitcoin futures market, as well as the lack of regulation and potential for fraud or manipulation in the underlying Bitcoin market.” In the same public statement, the SEC further stated that it would “consider whether, in light of the experience of mutual funds investing in the Bitcoin futures market, the Bitcoin futures market could accommodate [exchange traded funds] ETFs.” Past proposals seeking approval for the creation of a crypto ETF have failed under previous SEC leadership, but the latest statement from the SEC at least opens the door to the possibility.

A future crypto ETF would offer greater accessibility to new investors interested in cryptocurrency, but at the potential cost of greater regulatory oversight that runs antithetical to the decentralized nature of cryptocurrency. Prior to such an approval, the SEC may choose to wait until Congress has passed some regulatory framework before giving any sort of endorsement of the risky asset.

Currently, most federal policy for cryptocurrency is set at the agency level, with oversight responsibilities spread out across the Securities and Exchange Commission (SEC), the Commodities and Futures Trading Commission (CFTC), the Federal Trade Commission (FTC), and others. Part of the problem with this framework is that these agencies don’t always communicate with each other, making it more difficult to keep pace with the explosive innovation happening in digital assets. In fact, the U.S. government doesn’t have a uniform definition for what cryptocurrency is, particularly which coins are “securities” (which are regulated by the SEC) and which are “commodities” (regulated by the CFTC).

At the end of 2020, the SEC sued the blockchain company Ripple, citing an unlawful sale of $1.3 billion worth of XRP, the digital currency managed by the company. The SEC labeled XRP as an “unregistered security,” while Ripple argued that coins should be treated as a currency, since the holders of XRP are not seen as stockholders with equity in the company. However, since XRP is highly centralized (largely owned and sold by Ripple), the SEC feels that its assets meet the increasingly outdated definition of “security,” as set forth by the 1946 SEC v. Howey case.

Since companies that manage securities are bound by law to register all sales, companies like Ripple may face similar consequences if their coins are deemed too centralized to qualify as currency. While the rest of the world is setting guidelines, the U.S. retains this type of regulatory and statutory uncertainty that dampens innovation for digital assets and scares off potential investors. For example, in February 2021, Switzerland enacted the Blockchain Act to provide legal standing to tokenized crypto assets, while also implementing anti-money laundering regulations. This bill was lauded by crypto enthusiasts, with Thomas Jutzi, Professor of Financial Market Law at the University of Bern, calling the law “a regulatory framework for blockchain [that is] among the world’s most progressive. Switzerland thereby asserts its leading position not only regarding its innovative blockchain companies, but also regarding its legislation.”

Before the U.S. begins to expand access to coins by approving the creation of crypto ETFs, or legislate on cryptocurrency’s relationship to terrorism, crime, trafficking, and money laundering, it likely has to:

The Eliminate Barriers to Innovation Act, a bipartisan bill introduced by Rep. Patrick McHenry (R-NC) and Rep. Stephen Lynch (D-MA) in March 2021, would set up such a regulatory framework for digital assets like cryptocurrency. The bill, which was passed by the House of Representatives in April, would set up a working group of members from the SEC, CFTC, and private sector with the goal of “ensuring collaboration between regulators and the private sector in order to foster innovation.” The bill has been received by the Senate but is pending review.