You Can’t Have Clean Energy Without More Domestic Mining 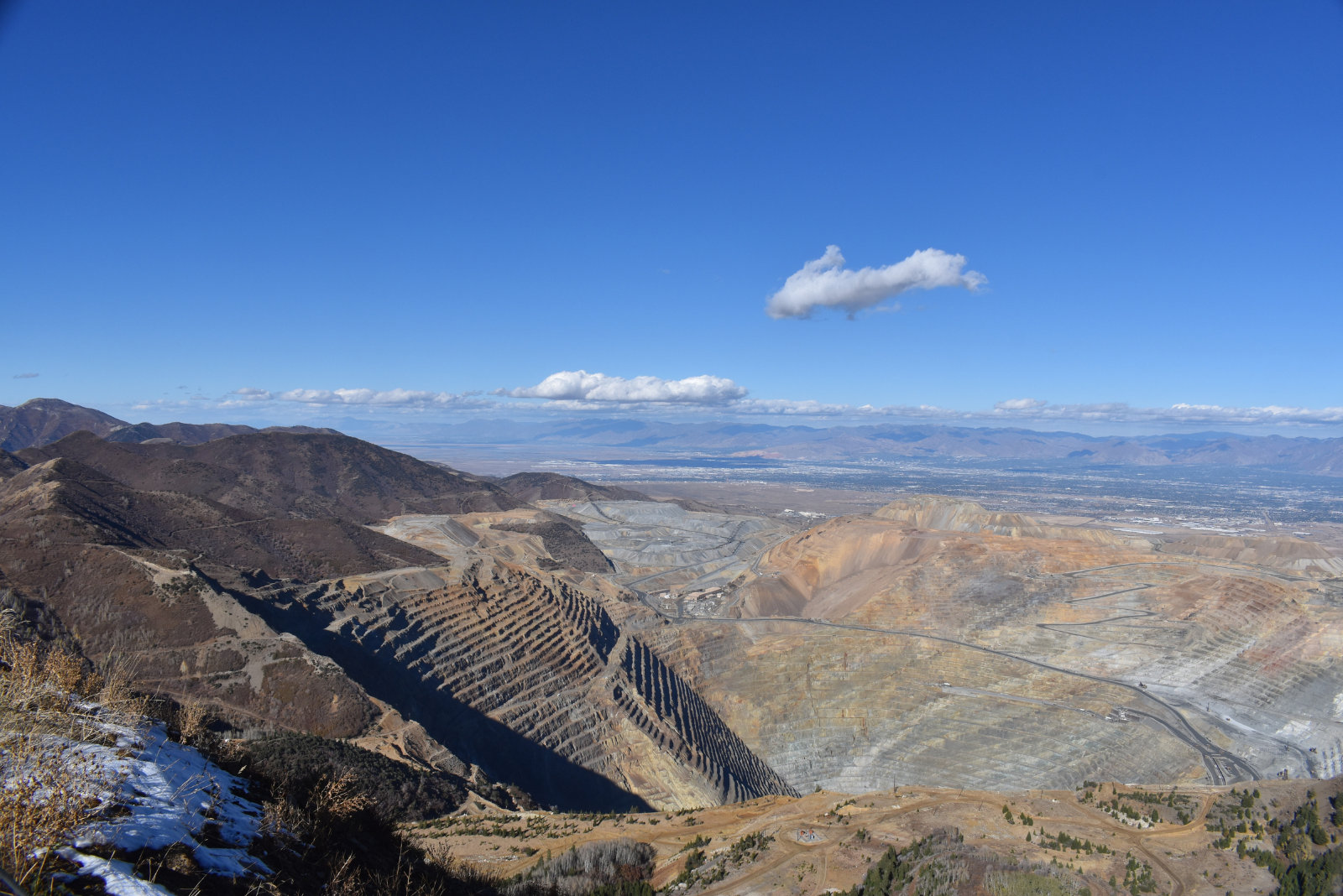 Advancing clean energy to meet climate goals has been a signature priority of the Biden administration. But Russia’s war of aggression on Ukraine has forced a crucial and long-ignored question to the fore:

Where will America get the raw materials required to build and deploy more clean energy technologies?

Minerals like copper, nickel, lithium, and cobalt—which must be extracted by mining—are key components of renewable technologies like electric vehicles, solar panels, and wind turbines.

And right now, many of these minerals are mined in countries that are unstable or hostile to U.S. interests. Russia, for example, is the world’s second largest producer of cobalt and third largest producer of nickel. Meanwhile, large pockets of mineral reserves in the U.S. are going untapped due to pressure from anti-mining environmental activists.

The United States needs to confront a stark reality. We need cleaner energy sources, but we can’t expand them safely or reliably until we get serious about mining more of the minerals essential to these sources here at home.

Demand for critical minerals is projected to skyrocket as the world transitions to clean energy. According to the World Bank, production of minerals such as cobalt and lithium will need to increase by nearly 500% by 2050 to meet demand. To meet growing demand for copper, the world will need to produce as much of it over the next 25 years as it has in the last 5,000. Increasing production at this scale will certainly require a major mining expansion. The U.S., which has abundant reserves of many critical minerals, has a major role to play in meeting projected demand, and the Biden administration invoked the Cold War-era Defense Production Action and announced several new funding streams intended to boost domestic mining. However, this action comes after Biden administration regulators blocked multiple domestic mining proposals over the past year.

Ultimately, the U.S. has simply not built out the mining infrastructure necessary to take full advantage of its untapped resources, instead relying heavily on foreign imports.

Mining is energy intensive, meaning it inevitably produces greenhouse gas emissions. It can also have a significant impact on surrounding ecosystems and waterways. For these reasons, environmental groups have generally been effective in stalling or blocking mining projects in the U.S. via litigation. However, the production of clean energy technology does have a net positive impact on the environment in the long term. And the mining industry is a global market in which demand is only increasing. Simply put, if we don’t do it here, it will have to happen somewhere else.

Environmental and climate activists claim victory when their lawsuits are successful in halting domestic mining projects. But, while their concerns may be valid, their strategy is often counterproductive. No matter where they originate, greenhouse gas emissions have a global impact, and each domestic mine thwarted means another will be built overseas—likely in a country with lax environmental or labor regulations.

In some cases, the U.S. relies heavily on countries with lower-grade minerals than those available in the U.S. Nickel, for example, can be extracted from two types of mines—sulfide and laterite. Laterite mining comes with a larger carbon footprint, as it produces a lower-grade nickel which must be refined using extremely energy-intensive processes. Indonesia and the Philippines, the top two producers of nickel worldwide, largely rely on laterite mining, while several U.S. mines stuck in the permitting process and facing opposition are nickel sulfide mines.

Further, imports from anywhere are inevitably energy intensive. And, all climate impact aside, importing critical minerals often means funneling funding to our adversaries like China and Russia as well as other countries with longstanding records of human rights abuses, such as the Congo.

The chart below examines four minerals critical to the clean energy transition. These minerals are abundant in the U.S., but domestic reserves are being severely underutilized.

Minnesota as a Microcosm

One state in particular, Minnesota, illustrates some environmentalists’ counterproductive approach to mining.

According to the mining advocacy group Mining Minnesota, a volcanic outcropping called the Duluth Complex in the northeastern part of the state holds the world’s second largest copper deposit and its third largest nickel deposit. According to mining company Twin Metals, it contains 95% of the nation’s nickel reserves, ​34% of the nation’s copper, and 88% of the nation’s cobalt. Minnesota is home to the nation’s only active nickel mine, but it is expected to close in 2025 once resources are depleted.

Two pending mining projects have made headlines in the past several years as the companies leading them have navigated the permitting process. After spending 14 years under environmental review, proposed copper-nickel mine Polymet finally received all of the necessary permits to begin construction in 2019. But, despite bipartisan support for the project in the state legislature, environmental groups have been effective in stalling the project, challenging the thoroughness of the review process in state and federal courts and arguing that certain permits should be revoked due to environmental concerns.

In January 2022, the Biden administration canceled two federal land leases held by Twin Metals, a proposed nickel, cobalt, and platinum mine in Minnesota. Twin Metals was in the middle of state and federal environmental review, but the process came to a halt with this decision. Environmental groups praised the decision, calling it “a major win” for the Boundary Waters, a nearby region characterized by a vast network of waterways.

But supporters of the project have been outspoken in their frustration. Frank Ongaro, executive director of Mining Minnesota, explained, “the Biden administration is talking out of both sides of its mouth. On one hand, it wants domestic critical minerals for a supply chain to address climate change. And on the other hand, it’s locking us out of the vast majority of the U.S. supply of these metals.”

Both Polymet and Twin Metals are sulfide mines as opposed to the energy-intensive laterite mines in Indonesia and the Philippines which produce a majority of the world’s supply. And Twin Metals has committed to using an almost exclusively electric fleet of vehicles, which will reduce the mine’s greenhouse gas emissions by 65%.

It is clear that America cannot make the transition to clean energy without scaling up mining production. But the concerns of environmental groups opposing new mining projects are not without merit—mining does have a significant impact on the environment. While increasing mining production, the U.S. can and should focus on ways to mitigate this impact and make mining as eco-friendly as possible.

One way to do this involves providing incentives for recycling. Lithium-ion batteries used in electric vehicles, smartphones, and laptops, for example, can be recycled, and all of their mineral components can be reused. Recycling could reduce the need for mining raw materials, but the U.S. currently recycles only five percent of its lithium-ion batteries. Due to a historical lack of recycling incentives, there are only a few mineral recycling facilities operating in the U.S. However, President Biden and the Department of Energy have announced plans to provide funding support for new battery recycling facilities.

Another glaring issue is that mining companies are not required by law to clean up abandoned mines. As a result, there are about 500,000 abandoned mines in the U.S., many of which are still polluting waterways and surrounding ecosystems. Mining in the U.S. is governed by the General Mining Law of 1872, a relic of the California gold rush. Reforms to the law are past due to ensure that mining companies bear full responsibility for their environmental impact.

Beyond improving our recycling and processing capabilities and ensuring that abandoned mines are cleaned up, the U.S. must prioritize the most environmentally friendly mining techniques available. As discussed above, sulfite nickel mining should be a priority, as it is much less energy intensive than laterite nickel mining. And new technologies to extract lithium with a net-zero carbon footprint are also being developed by private companies with the help of federal funding.

Currently, most lithium mining either involves drilling directly into the earth—a process which comes with a large carbon footprint, or extracting the mineral from a salt brine—an extremely water-intensive process which typically occurs in places where water is scarce to begin with. Direct lithium extraction would not require construction of any new facilities, as it would make use of geothermal plants already in operation. These plants operate by extracting a saline solution enriched with minerals, such as lithium, from deep underground. Heat and steam are extracted from the solution, leaving the minerals behind. This technique is being tested in the U.S., and if it proves to be feasible, eleven existing geothermal plants along the Salton Sea in California could produce ten times the current U.S. demand for lithium. Investment in technologies such as direct lithium extraction will be crucial as America scales up mining production to prepare for a cleaner energy future.