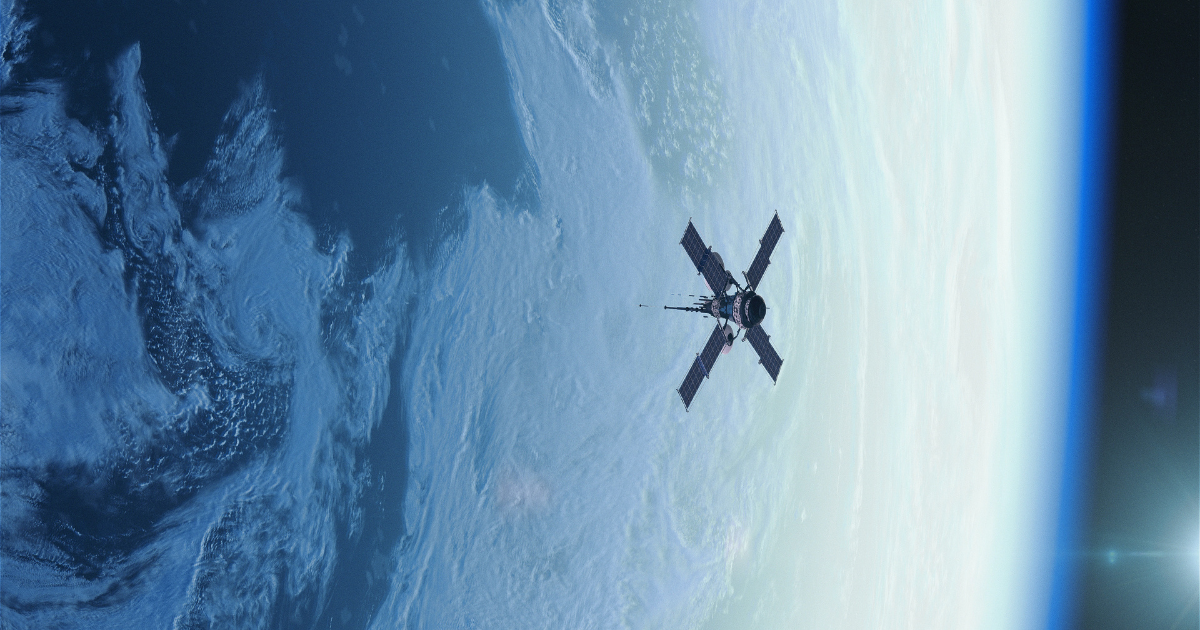 The United States has maintained satellites for military communications and intelligence since the 1960s. These operations were critically important in the Cold War, and the first spy satellites were used to take covert images of satellite and ballistic missile projects in the Sino-Soviet Bloc. Five-foot-wide cameras were stored aboard spacecraft, using film that needed to be jettisoned back to Earth in re-entry capsules (known as “film buckets”) and then scooped out of the air by planes.

Since then, space has become increasingly critical to military operations, hosting satellites that aid in missile warning systems, geolocation and navigation, target identification, and intelligence and surveillance. The responsibility for military space operations has historically been split between various organizations including the Air Force, the Defense Advanced Research Projects Agency, and the CIA. However, in 2019, the Trump administration announced the creation of a Space Force, a sixth branch of the U.S. Armed Services with a grand new slogan—Semper Supra, meaning “Always Above.”

The Space Force announcement quickly turned into a punchline. Political cartoons showed President Trump as Buzz Lightyear with “Space Force” emblazoned on his chest, and Steve Carrell starred in a Netflix series depicting the agency as comically disorganized. And yet, as The New Center explains in this primer, it’s becoming clearer that the U.S. needs a dedicated Space Force to maintain national security, technological development, and daily life.

How Was The Space Force Created?

In December 2019, then-President Donald Trump signed a $738 billion defense spending bill, the National Defense Authorization Act, as a part of annual procedures to allocate funding for the upcoming fiscal year. The new budget approved several traditional measures, such as pay raises for troops and new equipment, while also creating the Space Force—the first new military service created since the Air Force in 1947.

What Will The Space Force Do?

The Space Force would take over existing military actions in space from the Air Force, Navy, and Army and focus on carrying them out more efficiently and successfully; essentially, it would create a chain of command solely accountable for space. These sorts of activities primarily pertain to maintaining and using the complex array of space satellites that provide the military with secure internet, detailed weather information, and space-based reconnaissance assistance.

It is also critical to mention what the Space Force will not do. The initial scope of responsibility for the Space Force does not include trying to send military personnel to space, or engaging in defense planning against hypothetical asteroids or alien enemies.

Who Will Lead The Space Force?

On December 20, 2019, then-President Donald Trump announced that five-star general John W. “Jay” Raymond would serve as Chief of Space Operations, making him a principal military adviser to the secretary of the Air Force and a member of the Joint Chiefs of Staff, the defense advisory board to the president.

According to the organizational structure proposed by the Pentagon, 200 existing military personnel will transfer into the Space Force for the first two years. The majority of the staff—about 150 people—will come from the Air Force, with a small portion of staffers coming from other services: 24 from the Army, 14 from the Navy and Marine Corps, and nine from the Joint Staff, the Office of the Secretary of Defense, and the intelligence community. By 2024, the Space Force plans to hire roughly 15,000 “highly technical” personnel from existing offices.

How Much Will This Cost?

It depends who you ask. In 2019, the Trump administration estimated that the Space Force would cost $2 billion in total between 2020 and 2025. However, an independent Congressional Budget Office (CBO) report estimated in June 2019 that the Trump administration’s proposal would cost $1.4 billion in one-time start up costs and then an additional $2.3 billion each year. However, the ultimate cost for 2021 far exceeded both estimates. The 2020 omnibus spending bill provided $15.2 billion to support the Space Force in 2021. According to reporting from Space News, “Space Force funding includes $2.4 billion for operations and maintenance, $2.3 billion for procurement and $10.5 billion for RDT&E.”

Why Does America Need A Space Force?

U.S. Air Force Lt. Gen. David Thompson, who also serves as vice commander of the Space Force, underscored the importance of a Space Force during the Satellite 2020 conference:

Space operations are evolving rapidly as they become more critical for military intelligence, and experts, like those at the Brookings Institution, are arguing that space needs a set of standards like those already in place for land, air, and sea operations. China and Russia both already rearranged their military operations to expand space operations in 2015.

In November 2019, Russia launched Kosmos 2542, a satellite specifically designed to inspect other satellites in orbit. When it was first announced, the U.S. intelligence community assumed that the satellite would inspect other Russian satellites. However, in 2020, Kosmos 2542 moved uncomfortably close to the USA 245, an American reconnaissance satellite that carries out classified missions for the National Reconnaissance Office, a federal U.S. agency that specializes in international surveillance. The motivation for this space stalking is not publicly known, as the operations of both satellites are classified and opaque, but Thompson described the behavior of Kosmos 2542 as “threatening and dangerous.”

According to a 2019 Defense Intelligence Agency white paper, “Chinese and Russian military doctrines indicate that they view space as important to modern warfare and view counterspace capabilities as a means to reduce U.S. and allied military effectiveness…Both states are developing jamming and cyberspace capabilities, directed energy weapons, on-orbit capabilities, and ground-based antisatellite missiles that can achieve a range of reversible to nonreversible effects.”

Will Things Change Under President Biden?
The federal government has invested significant time and resources in transferring responsibilities from the other branches of the military to the Space Force. Members of the Biden transition team recently met with General John Raymond of the Space Force for a private conversation, and General Raymond later highlighted that his military branch is being supported by the new administration. On February 3, any questions about the future of the Space Force were put to rest when White House Spokeswoman Jen Psaki confirmed the Space Force has President Biden’s “full support.”