Centering on Coronavirus: The Digital Divide 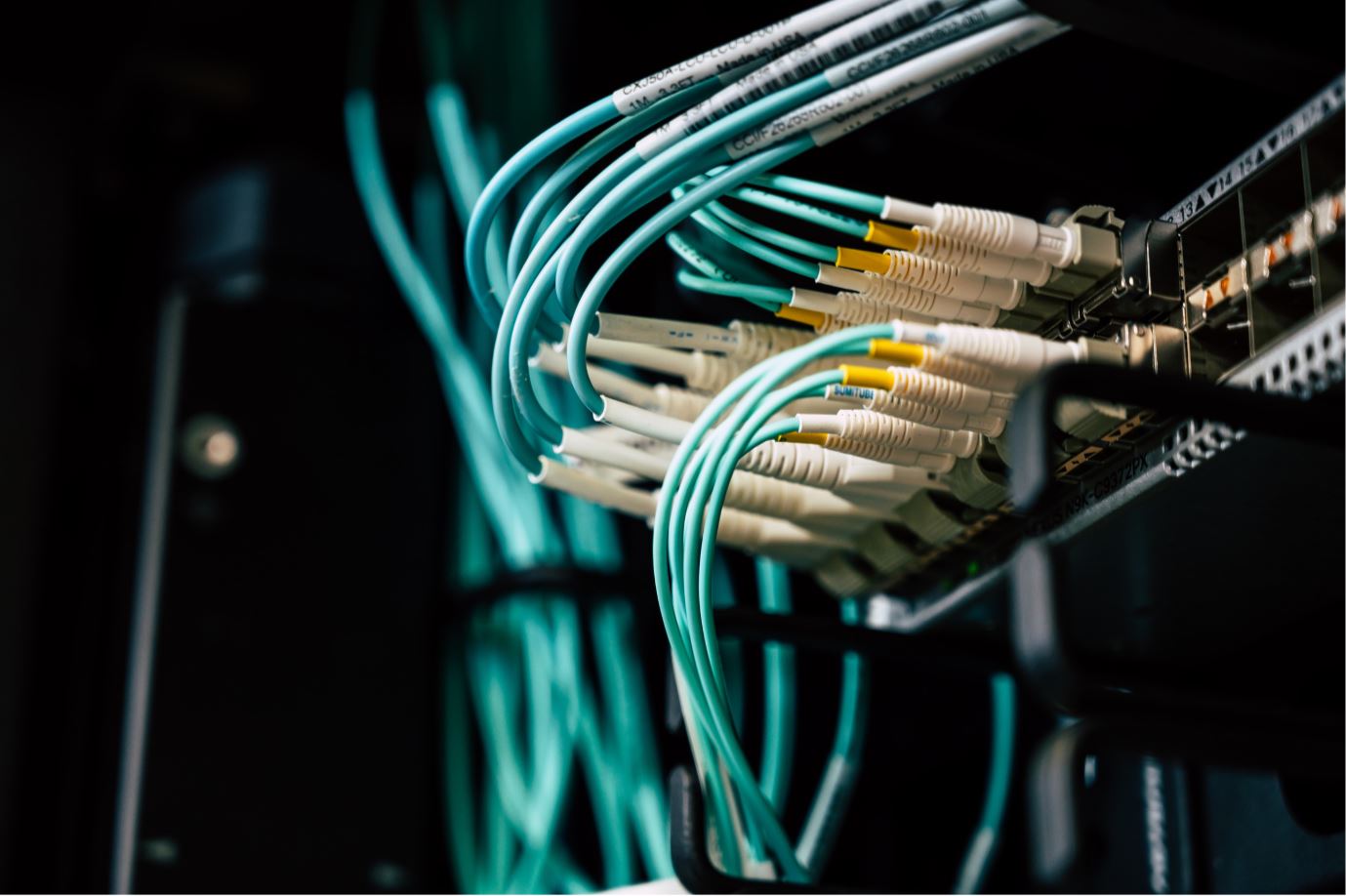 The COVID-19 pandemic has made Americans even more reliant on stable high-speed internet connectivity to work from home, participate in online classes, or entertain themselves as they quarantine. Since January 2020, broadband consumption during the hours of 9 a.m. to 5 p.m. has risen by more than 50%.

For the most part, the internet has held up to the recent influx of traffic. Broadband Now, a company that tracks U.S. broadband availability and speed, recently reported that the six most populous cities in the U.S. have seen little to no change in median internet speed since January.

However, millions of families still lack reliable or affordable broadband access, which is making them even more economically and socially vulnerable than they were before this crisis. In this paper, The New Center explores America’s suddenly urgent digital divide problem and how to bridge the gap.

How Has the Internet Handled Increased Traffic From COVID-19?

Internet Service Providers have built their capacity to meet peak demand rather than average use. Peak demand for internet usage typically takes place in the evening when people return home from work or school and use online video streaming. For the rest of the day, that capacity goes unused. As people have begun staying at home during the pandemic, the network capacity typically used after work hours has simply been available and used during the workday for video conferencing and other online activities. Just as phone lines were designed with enough capacity to handle the peak number of calls made on Mother’s Day, so too have internet services been built to handle the increase in usage as demanded by social distancing.

The term broadband refers to wide bandwidth data transmission. Simply put, broadband is the most common form of internet access and is classified as being always connected without relying on a phone line connection. There are four main types of broadband internet which include DSL (Digital Subscriber Line), fiber-optic, cable, and satellite. As of 2015, the Federal Communications Commission (FCC) classifies broadband internet as having a minimum download speed of 25 megabits per second (Mbps) and upload speed of 3 Mbps.

The FCC’s 2019 Broadband Deployment Report estimates that there are 21.3 million Americans who lack access to broadband. However, a 2020 study from BroadbandNow found that the number of people who lack access to broadband is closer to 42 million, twice that of FCC’s estimate. This huge disparity is due to flawed methodology used by the FCC in mapping broadband access in the country. For example, the FCC defines an area as “fully served” even if just one home in a census block has a broadband service.

Additionally, the FCC fails to track one of the biggest barriers to expanding broadband access: pricing. A recent 2019 Pew study found that a majority of non-broadband subscribers cite affordability as the major reason why they lack service. The gap in reported broadband access and accurate pricing data presents major barriers to policymakers whose goal is to close the digital divide.

What about students? According to the most recent Education Department data, 14% of children ages three to 18–about 9.4 million in total–are without home internet, though other estimates from internet advocacy groups peg that number much higher, at 12 million children. A major cause? About a third of the homes with school-aged children don’t have internet because they can’t afford it.

America’s digital divide is a longstanding problem, but it has taken on a new urgency with Americans facing months or even more of social distancing and other disruptions that will make people even more dependent on the internet to work, to get groceries and supplies, and to educate their kids. Meeting this need will require an immediate response from tech, telecom, and the government with an eye toward a future in which long-term solutions can close the digital divide for good.

What are Telecommunications Companies Doing to Help Right Now?

More than 650 companies have signed the FCC’s “Keep Americans Connected” pledge to not terminate phone or internet service for Americans who can’t pay their bills for the next two months. But many Internet Service Providers are going even further and introducing additional changes to their service to provide better internet access during the COVID-19 pandemic. Some examples include:

Comcast—Low-income families who live in a Comcast service area are able to sign up to receive 60 days of complimentary Internet Essentials service, which is normally available to all qualified low-income households for $9.95/month. Comcast is also increasing Internet speeds for the Internet Essentials service from 15/2 Mbps to 25/3 Mbps for all new and existing customers, which will be the speed of the service going forward.

Charter Communications—Charter Communications is providing free broadband for two months to households with students, as a number of U.S. schools are shutting down because of concerns about the COVID-19 pandemic. Charter also offered free Spectrum broadband and Wi-Fi access for 60 days through June 30 to households with K-12 and/or college students—which do not already have a Spectrum broadband subscription—at any service level up to 100 megabits per second. The move follows Comcast’s announcement that it would extend free broadband to low-income families, also for a 60-day period, as well as boost speeds for the service.

AT&T—AT&T is suspending data caps for its fixed wireless internet service and eliminating fees for consumers. They are also offering a $10-a-month Access From AT&T program for qualifying low-income households.

480,000 school buses that normally take around 25 million students back and forth to school are currently parked. How about deploying some of them as Wi-Fi hotspots in the places that need them the most? Some school districts across the country have already begun implementing the idea.

In one district in California, school buses were already equipped with Wi-Fi for students to do homework while in transit prior to the pandemic. Now, when not in use, these buses are being parked in underserved neighborhoods to offer 24/7 online access. South Carolina has begun to deploy 3,000 buses connected to the internet through a contract with Charter Communications so students can receive home instruction. Florence, South Carolina, had already been sending 12 Wi-Fi enabled buses to community sites as part of a pilot program for the students who cannot access school content. Students in South Bend, Indiana, have access to 20 buses where Wi-Fi can be accessed 300 feet in any direction at different locations during normal business hours. Efforts like Wi-Fi enabled, parked school buses can be complemented by onsite lending programs of mobile hotspots and other internet-enabled hardware. New York Public Library has been making hotspots available for check out since 2014 with a supply of over 10,000 routers, supporting patrons that use library computers in lieu of home broadband access.

The efforts by telecom companies and localities to sustain and expand internet access amid the coronavirus lockdown are welcome and essential. But many are temporary, and given the scale of America’s digital divide, Washington needs to step in to bridge the gap now and in the years to come.

“Eliminating the digital divide permanently is a long-term problem that requires sustained resources and commitment. But the federal government and the technology and communications sector should work together—right away—to take immediate, emergency actions to get high-quality broadband into homes in communities hit by the coronavirus.”

The $2 trillion stimulus package included $100 million for the ReConnect Program, which issues grants and loans to fund the costs of construction, improvement, or acquisition of facilities and equipment needed to provide broadband service in eligible rural areas. The ReConnect program, administered by the U.S. Department of Agriculture (USDA), helps generate private investment to deploy broadband infrastructure to many rural communities including homes, healthcare facilities, schools, farms, factories, and other businesses. But infrastructure takes time to approve and build, which is why this longer-term investment needs to be paired with more immediate help, like the FCC’s Lifeline program.

House Democrats have pushed for $5.5 billion in funding to go towards closing the digital divide in the HEROES Act, a major new coronavirus relief bill, which is set for debate in Congress. The bill calls for immediate funding to the FCC’s E-Rate program, which purchases mobile hotspots for schools and libraries to give internet access to students who may need to rely on more distance learning during the pandemic. Additionally the bill calls for providing up to $50-a-month subsidies to low-income families and laid-off and furloughed workers to help pay for internet service. Finally, the bill would also make it unlawful for telecommunications and voice service providers to shut off internet service to customers unable to pay their bill due to the pandemic.

Reinvesting in the Lifeline Program

Lifeline is a federal program that provides discounted phone and internet service through participating carriers to qualifying low-income Americans. During the Reagan years, the Lifeline program was put in place to assure low-income Americans could call 911 by subsidizing their telephone service. It was subsequently expanded to cover wireless service, including using a smartphone to access the internet. The current $9.95 monthly subsidy from the program isn’t enough to provide low-income Americans the support they need to pay for internet access during a period of record job loss, and the CARES Act didn’t include any additional funding or changes for the program. The Lifeline program should be expanded in order to support at least one fixed and one mobile broadband connection per household, which would provide participants with a temporary $25-50 discount per connection each month. There is precedent for expanding the Lifeline program in times of crisis; President George W. Bush expanded the program in the aftermath of Hurricane Katrina. Now is certainly the time to expand the program once more.